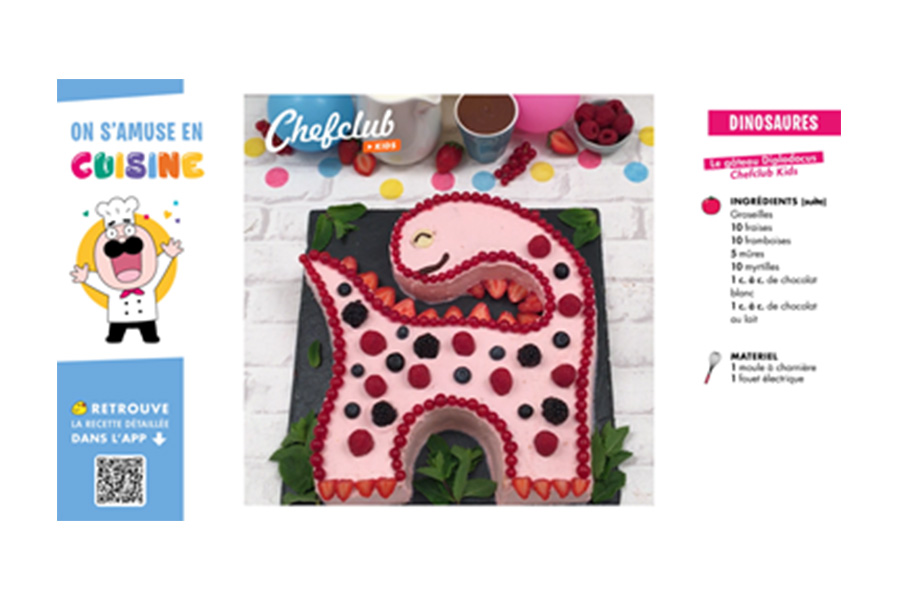 CHEFCLUB IS SPREADING ITS WINGS TO TV!

Tags from the story: Chefclub.

Chefclub, the digital cooking brand, is proud to announce taking their first steps to TV in France

Chefclub has signed an exclusive agreement with the pay-TV channel TéléTOON+ in France, operated by the Canal+ group, for its first television series for children, Chefclub Kids, We Have Fun in the Kitchen. The series, made up of 21 themed 5-minute episodes, will be broadcast starting on October 12, during the Week of Taste, every day at 8:25 PM and the full series will be available on SVOD platform myCANAL.

Chefclub is the world’s leading producer of culinary videos on social networks, with more than a billion views per month worldwide, including more than 200 million in France.

Chefclub recipes are fun, easy and inspiring and have already conquered a community of more than 90 million followers worldwide, including 8.6 million in France.

With Chefclub Kids, We Have Fun in the Kitchen, learning comes with inspiration: Each recipe in the series offers a cooking spectacle that motivates children to take their turn in the kitchen!

Children discover a wide variety of healthy and fun recipes that have been created especially for them. The youngest children are particularly bewitched by the extraordinary creations on numerous themes such as pirates, farm animals, the conquest of space…

The mission of Chefclub Kids is to transform the kitchen into a game! Guided by the Chefclub brigade, children are immersed into a universe designed to help them discover healthy eating habits and cooking autonomously.

These 21 5-minute episodes are also available for international distribution, giving Chefclub programs a new and even more extensive network of broadcasting.

Marie-Laure Marchand, SVP, Global Consumer Products and Business Development at Chefclub says: “We are very pleased to collaborate with the Canal+ group and its children’s channel TéléTOON+ in France. Following the craze for cooking during lockdown, Chefclub’s cooking videos have known an unprecedented success, particularly the children’s vertical, Chefclub Kids. It seemed natural to us to offer a format adapted for television that will allow us to promote our brand on all media.”