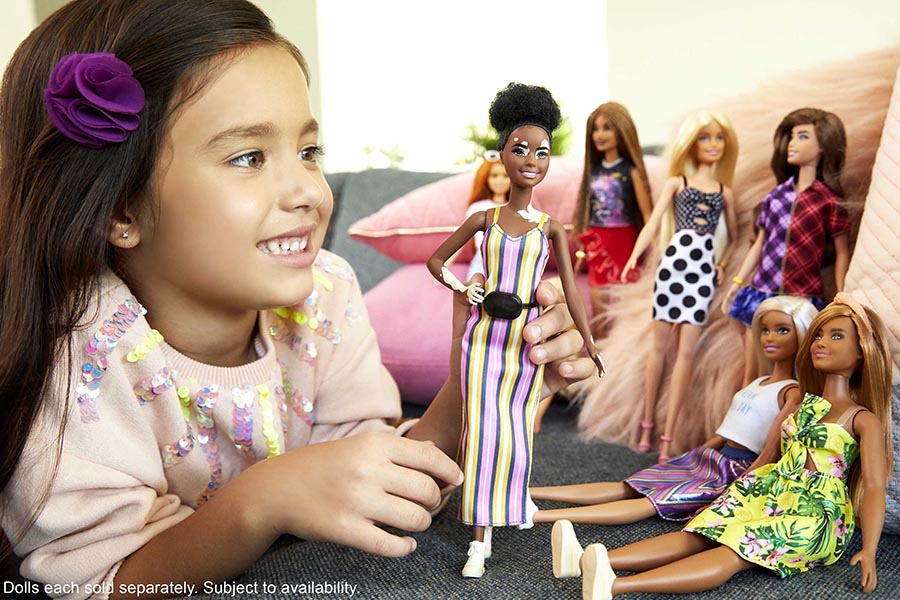 ANALYSIS OF THE BENEFITS OF PLAYING WITH DOLLS IN CHILDREN

Tags from the story: Barbie.

Barbie®, along with a pool of researchers from the University of Cardiff, UK, reveals data from an unpublished study using neuroscience for the first time to explore the benefits of playing with dolls in children. The study shows how much the brain regions responsible for developing empathy and social information processing skills are activated, even when playing alone.

Over the past 18 months, Dr. Sarah Gerson and her colleagues at Cardiff University’s Centre for Human Development Science have used neuroimaging technology to gain early indications of the benefits of playing with dolls in the brain. Through monitoring of brain activity on 33 children* between 4 and 8 years old playing with a variety of Barbie dolls*, it was found that the upper temporal fissure (pSTS), a region of the brain associated with the processing of social information such as empathy, was also activated when children played alone. The benefits of individual play with dolls proved to be the same for both boys and girls.

Dr. Gerson explains: “These data are a real revelation. We activate this area of the brain when we think about other people, and in particular what they think or feel. Dolls encourage children to create their own little imaginary worlds, unlike problem-solving games or construction. This type of game encourages children to think about other people and how they might interact with each other. The fact that pSTS was active during our study is proof that playing with dolls helps children to experience some of the relational skills they will need in the future. This region of the brain has been shown to play a similar role in supporting empathy and social information processing in children on six continents. The functioning of this brain region is therefore not related to the country of origin“.

Different Barbie dolls and playsets were used for the study, which were returned to their initial positions before each child started the test to ensure a consistent experience. The use of the tablet included games that allowed children to experience an open and creative game, rather than one based on rules or objectives, in order to give them a similar experience to playing with dolls.

The data from the study revealed that while the children were playing with the dolls alone, their pSTS was activated just like playing together. Another data from the study revealed that by leaving the children to play on their own on the tablet, the aforementioned brain area showed far less activation, although the games included a relevant creative element. 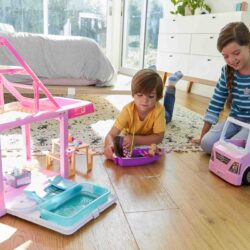 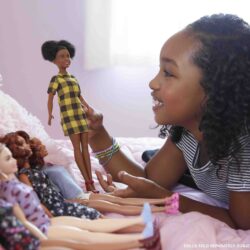 To understand the importance of these neuroscientific data, Barbie independently commissioned a global survey of over 15,000 parents of children in 22 countries. In Italy, the results showed that 58% of parents consider empathy a fundamental relational ability for their children, but only 17% said they knew that playing with dolls could help children cultivate it. With this period spent at home, parents are increasingly worried that their children will not develop enough relational skills. More than 41% said they were inclined to think that this isolation might have actually affected their children and their interactions with others. Similarly, 46% of parents said that they would be more inclined to encourage their children to play with a toy if they had the scientific certainty of its usefulness for the development of relational and emotional skills such as empathy.

“As category leaders, we have always known that playing with dolls has a positive impact on children, but we had no neuroscientific data to support our hypothesis,” says Lisa McKnight, SVP and Global Head of Barbie and Dolls, Mattel. “The results of this research have shown how playing with dolls like Barbie offers real benefits in preparing children for their future through the development of interpersonal skills such as empathy. Continuing to inspire the infinite potential of each child, we are proud to offer dolls that encourage some important skills already valued by parents, which will be crucial for the future emotional, scholastic and social success of children“.

The following is the comment by Maurizio Cutrino, director of Assogiocattoli, the national association of reference for the toy sector: “The important study carried out demonstrates and confirms what Assogiocattoli has always supported. Playing is the most instinctive game in the world and this project expresses it in a clear and direct way, demonstrating once again the contribution of play in the development and psycho-physical training of children. Play is: creative problem solving, empathy, participatory behavior, logical thinking, relationship with other individuals and much more“.

Barbie will dedicate to this study an online platform with resources for parents, educators and, of course, children to help them strengthen and exploit their social information processing skills. We developed these resources in collaboration with Dr. Michele Borba, empathy expert, writer and educational psychologist.

“In a society increasingly devoted to the virtual, there is a deficit of empathy, which is the first dowry that children should develop,” said about the research Prof. Maria Rita Parsi psychologist and psychotherapist, current member of the National Observatory for Children and Adolescence and president of the Fondazione Movimento Bambino Onlus.  “To put oneself in the shoes of others, “to feel them”: they are modes stimulated by play and play with dolls. Children who develop empathy have proven to be more suitable to complete the entire course of university studies and to have a greater range of options from a professional point of view. In particular, more empathetic children can better counteract phenomena such as bullying and become promoters of the solution of possible conflicts with others or inner conflicts. The game therefore develops growth, knowledge, socialization. And it can do so regardless of the number of participants. Giovanni Bollea wrote that a child who has not played will not be a happy adult. So let’s make sure that they can always play, as much as possible. With their companions, with physical and not virtual objects. And with dolls, which resist time, cultural and technological revolutions. And that today represent – is the case of Barbie – unsuspected tools for spreading tolerance, acceptance of diversity and diversity, as demonstrated by the success of the doll inspired by the fencing champion Bebe Vio“.

The results of the study were published in the scientific journal Frontiers in Human Neuroscience under the title ‘Analysis of the benefits of playing with dolls through neuroscience’. After recognizing that this study is a first step in understanding the positive impact of playing with dolls and that further research will be needed to go even deeper into this issue, Dr. Sarah Gerson and the University of Cardiff pool agreed to conduct further neuroscience studies with Mattel in 2021.

← GLOBAL FOOD & DRINK INDUSTRY 2020: NEW PROSPECTS CREATED BY ACCELERATED TRENDS TRENDS ACROSS THE PLANET: HOW THE WORLD HAS CHANGED →