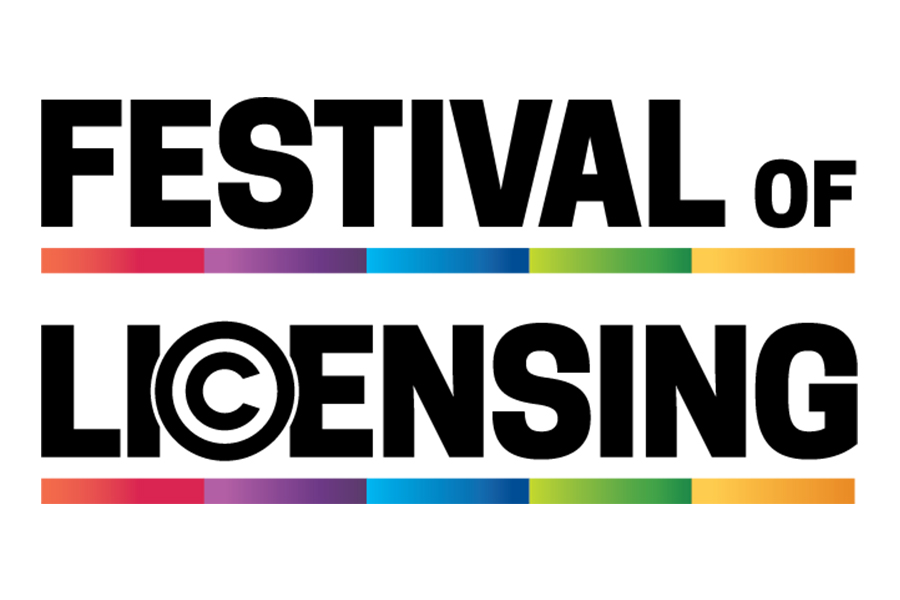 Tags from the story: Festival of Licensing, Rocket Licensing.

Leading independent agency, Rocket Licensing will be exhibiting a wide portfolio of brands, including new additions and longstanding properties, at the European week (6th to 8th October) of the new virtual Festival of Licensing show, running throughout October. The impressive list features newcomers such as Bob Ross, Fuzzballs, Kiri and Lou and Yakka Dee!, as well as established licences including Beano, Dune, Godzilla, Horrible Histories, Legally Blonde, Rebel Girls, Rocky, The Elf of the Shelf®, The Very Hungry Caterpillar and Vikings among others.

With such a diverse range of properties, Rocket Licensing has content to appeal to all ages from tots, right up to adults, and everything in between. The brands are partnered with best in class licensees to create consumer products and marketing campaigns to truly leverage each and every property.

It’s celebration time for Beano in 2021 as they mark 70 years of the much-loved, original, mischief-maker Dennis. The milestone will be marked with a year-long plan of marketing and licensing activity, including some very special partnerships, soon to be revealed. Rocket has recently launched a new style guide and welcomed Arthouse on board for Beano wallcoverings and home décor. Initial product will be launching in 2021 alongside new ranges from licensees including Park Agencies, Aykroyds and Rubies.

One of the most recent additions to the Rocket Licensing roster is Bob Ross – the face of popular The Joy of Painting TV show, which originally ran from 1983 to 1994. The cult series is now available on the BBC, Tubi TV, You Tube, Twitch and many other digital streaming devices and has recently launched on Vice in the UK. Rocket Licensing will be working with partners to build on the property’s huge success in the US market for the UK.

Oscar nominee Denis Villeneuve (“Arrival,” “Blade Runner 2049”) directs Warner Bros. Pictures and Legendary Pictures’ “Dune,” the big-screen adaptation of Frank Herbert’s seminal bestselling book. A mythic  and emotionally charged hero’s journey, “Dune” tells the story of Paul Atreides, a brilliant and gifted young man born into a great destiny beyond his understanding, who must travel to the most dangerous planet in the universe to ensure the future of his family and his people. New deals ahead of the release include Trademark Products for T-shirts, sweatshirts and headwear, and Abysse Corp. for gifting products.

There are three new partners on board already for recently-signed pop culture brand Fuzzballs. The property began life as a Tumblr comic and quickly gaining traction amongst millennial and pop culture audiences. The cute, funny characters, who include an adorable cat named Whisky, a silly tiger named Timmy and a mischievous bunny named Ollie, were created by Marc Sach and now boast over 300 products in their consumer products offering. Pinfinity has recently signed up to create augmented reality pins; Indiego Distribution is on board for adult T-shirts, sweatshirts and hoodies; and Pyramid International is planning wall art, gifting and stationery lines.

Godzilla vs. Kong is produced by Warner Bros. and Legendary, and will be released across cinemas in May 2021, making it the 36th film in the franchise. As agent for the Godzilla brand in the UK and Eire, Rocket has recently secured deals with Park Agencies for apparel and Whitehouse for entertainment plush, joining Master Toy partner Playmates to offer a variety of Godzilla vs. Kong merchandise. To support the 65-year history of the Godzilla brand, an asset-packed style guide offers great opportunities for classic-themed products.

Horrible Histories, written by Terry Deary and illustrated by Martin Brown, has enjoyed over 25 years as the world’s bestselling children’s history book series and continues to break new ground. Series 9 of the award-winning television series will be hitting our screen in spring 2021 and brand-new publishing lines will be launching for next summer.

Kiri and Lou is a brand new pre-school brand representation for Rocket in 2020. Having launched in the UK on CBeebies this year, the show quickly reached the number one spot within its first month and is supported on the CBeebies website. The cute, stop animation property, which originated in New Zealand and is based on two prehistoric friends and their adventures in a beautiful forest, has already been signed by Immediate Media for features in CBeebies and CBeebies Special magazines. Rocket is also in discussion for toy and publishing deals and has a new style guide releasing soon.

Legally Blonde has resonated with young adults for its positive messages and fabulous pink fashion. To celebrate the beloved franchise, MGM is kicking off a year-long celebration, Legally Blonde Turns 21, in July with the intention to build out a licensing line around the movie’s key tenets—empowerment, education, humour and pink fashion, of course!

The Rebel Girls brand and its mission to inspire a generation of confident girls has already reached over 10 million girls worldwide. October will see the launch of Good Night Stories for Rebel Girls: 100 Immigrant Women Who Changed the World, the third book in their bestselling series, while the company continues expanding into new mediums. In 2021, the brand plans to introduce new books, physical products, and audio content, alongside developing plans for TV, short-form video and a live theatre production. Gibsons launched a puzzle range earlier this year with fantastic response, and a Rebel Girls card game will be introduced in time for Christmas gifting.

Having already achieved over $1.3 billion in the global box office across 8 hit films, Rocky, MGM’s ultimate champion franchise, is celebrating its 45th anniversary in 2021, a milestone marked by a year-long celebratory marketing campaign and extended licensed offering. New product will be launching from Smiffy’s for dress-up and Park Agencies for apparel, responding to the evergreen appeal of this inspiring franchise that encourages fans to tap into their inner champion.

It wouldn’t be Christmas without The Elf on the Shelf®, and this year is set to be the biggest ever for the brand. In a recent survey, over half of mums had top of mind awareness of the brand, which ranked as the third most popular Christmas tradition for children (2019 MMR survey). 2020 will see the brand’s growing raft of licensees joined by partners in new categories, including games and puzzles with Rachel Lowe and Winning Moves; health and beauty with H&A; confectionery with Thornycroft; and celebrations cakes from Bright Blue Foods.

Eric Carle’s classic children’s literary brand, The Very Hungry Caterpillar, continues to go from strength to strength and currently boasts over 30 licensees. Successful partnerships with Action for Children and Bluewater retail destination will continue into 2021 and be joined by exciting new partnerships with ZSL London and Whipsnade Zoos and Gulliver’s Theme Parks.

Vikings garners 11.2 million views per weekly episode and has more than eight million social media followers around the world.  The final ten episodes of series 6 of MGM’s blockbuster show will air in winter 2020 on HISTORY and Amazon Prime, with a spin-off series, Vikings: Valhalla, arriving on Netflix in late 2021. The new series will follow the next chapter of the Vikings saga, 100 years into the future.

Also new to the Rocket stable in 2020, was Yakka Dee! The bright, fun, animation and live action programme focuses on English language learning for pre-schoolers learning to talk, children with speech difficulties and those learning English as a second language. The series is currently in production for series four and five, which are due to air on CBeebies in 2021, with 100 x 5-minute episodes in total. Rocket will be focusing on toy and publishing categories, as well as educational product and resources, followed by other standard preschool categories. Consumer demand for products is already known to be strong.

“2020 has been a tough year for everyone, not only in the licensing industry. But we’re confident that we have a great portfolio of brands, along with some exciting new partnerships, to be able to hit the ground running again as we look ahead to 2021” says Charlie Donaldson, Joint MD, Rocket Licensing. “We’ll all miss the physical trade shows this year, and being able to meet with partners, friends and colleagues, but we’re thrilled to be joining the Festival of Licensing with such a strong line-up for Q4 and beyond.”

← SIX FINALISTS ANNOUNCED FOR 2020 LICENSE THIS! COMPETITION ATF TO GO FULLY DIGITAL IN 2020 →