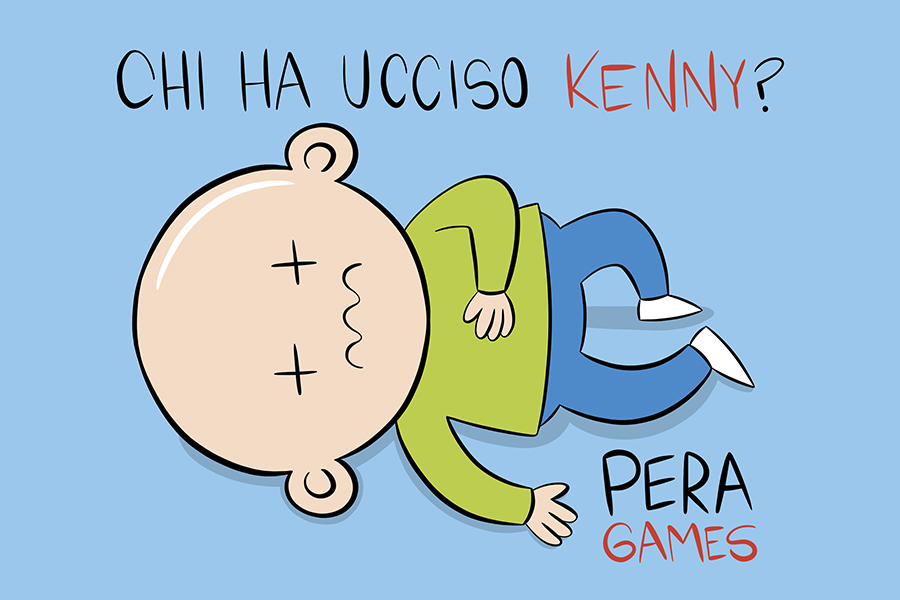 ETS Licensing, one of the main independent licensing agencies in Italy, announces the agreement with Tunué, publishing house of Gruppo Editrice Il Castoro, for the management of the licensing rights of Pera Games and Pera Toons, the unpublished formats of enigmas and colds.

At the center of the world of Pera Games there is “Chi ha ucciso Kenny?” the comic-game created by the cartoonist Alessandro Perugini, the century Pera, which offers mini-enigmas mono-vignette in which the protagonist Kenny is always the victim of a murder, while the suspects change from time to time. Inspired to the mythical Kenny McCormick of the animated series South Park, also the protagonist of the riddles of Pera is killed every time, but being a fiction of scene always returns to be victim of new and obscure crimes.

The original investigative format has established itself first and foremost on the author’s social profiles, from the Instagram  @pera_games and @pera_toons pages, to YouTube’s  Pera Toons channel, to  Facebook  and TikTok’s pera_toons page, obtaining in a very short time a huge following, which has led to the creation of a community of comics, colds and puzzles fans with over 2 million followers in continuous growth and more than 10 million views per week.

Strong of the enormous popularity on social media, the comic-game has been proposed with equal success in print: Tunué published in 2018 the first book – “Chi ha ucciso Kenny?” -, reprinted after only 2 weeks and entered the Amazon top seller list, followed in 2019 by a second publication – “Chi ha ucciso Kenny? Il trono di Kenny” – which replicated the excellent results of the debut, increasing the popularity of the character, and launching an ambitious publishing plan.

The license agreement also includes the Pera Toons, jokes and cold comic strips, available both in animated version and as classic cartoons, always characterized by a simple and minimal graphic trait.