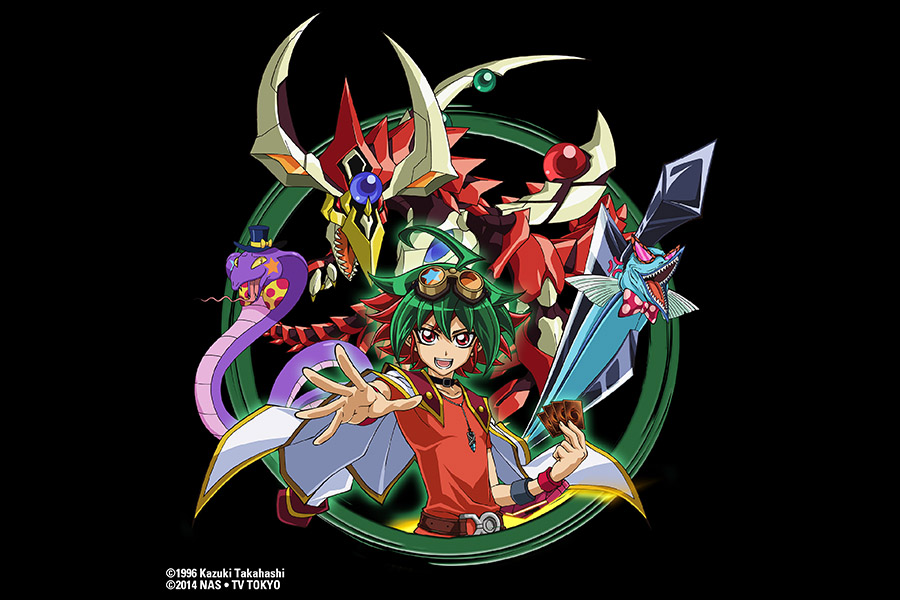 TWO YU-GI-OH! SERIES TO DEBUT IN SOUTH AFRICA ON SABC

SABC, South Africa’s public broadcaster, is a major platform with an audience of 30 million.  The Yu-GI-Oh! series is scheduled to air on its free-to-air channel, SABC 2, which reaches over 90% of the public, and will air Monday through Friday at 5 p.m., a key after-school time period.  SABC 2 is widely known as a full spectrum television service offering a program mix of enlightening, informative, educational and entertaining content.

More specifically, as part of the deal, SABC 2 will launch, this month, 123 episodes of “Yu-Gi-Oh! 5D’s,” the third series, which focuses the sprawling metropolis of New Domino City and its transformation into a futuristic society where dueling has kicked into over drive.  SABC 2 will also air the entire three seasons (or a total of 148 episodes) of “Yu-Gi-Oh! ARC-V,” the fifth series featuring all-new Action-Duels, where monsters literally come to life with advancements in holographic technology.

“Our content mission is to celebrate and empower the South African nation by presenting cutting-edge programming that is vibrant and entertaining and we have accomplished this with the acquisition of these Yu-Gi-Oh! series,” says Violet Sekhibidu, the program manager for SABC in Johannesburg.  “Through social media platforms, such as its own Facebook page and the audience demand for ancillary merchandising, we can see there is a strong fan base for Yu-Gi-Oh!  We are pleased to bring all of these exciting duels to its fans.”

“We are pleased to have SABC 2 as a valued broadcast partner for the Yu-Gi-Oh! brand and look forward to the opportunity to further engage our fans in South Africa,” added Kristen Gray of Konami Cross Media.