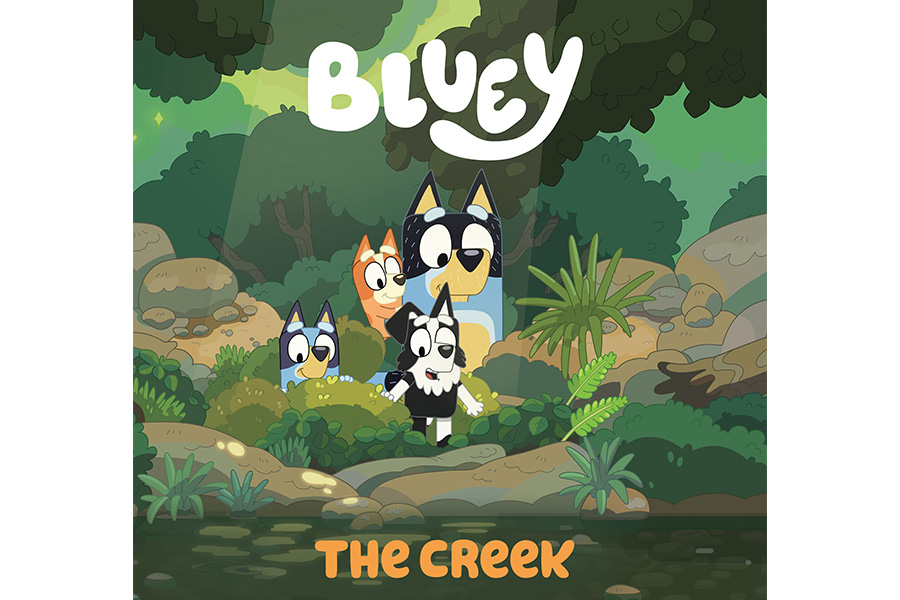 Wide range of books inspired by the popular animated show on Disney Channel, Disney Junior, and Disney+ available october 20, 2020 in the U.S.

The partnership with Penguin Random House follows the U.S. launch of Bluey toys from master toy licensee Moose Toys earlier this summer, as well as the Season 2 debut of the well-loved series on July 10.

Suzy Raia, VP Consumer Products and Business Development, BBC Studios – Americas, said, “Love for Bluey continues to grow among families with young children around the U.S., and we are looking forward to bringing the stories beyond screens into beloved books we know preschoolers will enjoy with their parents. The partnership with Penguin Random House is a wonderful addition to a growing licensing program that started with Moose Toys last month. There are many more exciting things ahead for our favorite Blue Heeler.”

Jan Paterson, Head of Book and Audio Publishing, BBC Studios, said, “We are delighted to partner with Penguin Random House to bring Bluey from the screen to the page for a wonderfully varied collection of fantastic story and activity books for little ones around the world.”

“I immediately fell in love with this new canine clan!” said Daniel Moreton, Vice President & Associate Publisher, Penguin Workshop. “Perfect family viewing, Bluey’s unbounded imagination, adventurous spirit, and emotional resilience is matched only by the strength of the storytelling. We are thrilled to be Bluey’s official U.S. children’s book publisher and we can’t wait to extend Bluey’s wonderful adventures into books!”

Bluey follows the adventures of a lovable and inexhaustible 6-year-old Blue Heeler puppy, who lives with her dad, Bandit; mum, Chilli; and 4-year-old little sister, Bingo. In every episode, Bluey uses her limitless Blue Heeler energy to play elaborate games that unfold in unpredictable and hilarious ways, bringing her family and the whole neighborhood into her world of fun.

The initial titles from Penguin Random House will help children and families expand Bluey’s fun-filled adventures beyond the screen. The titles available in the U.S. include “Good Night, Fruit Bat” (SRP $4.99) and “The Creek” (SRP $4.99), aimed at 3-5 year olds, and “Time to Play!: A Sticker & Activity Book” (SRP $7.99), aimed at 4-6 year olds.

In Australia, Penguin Random House Australia already holds the publishing rights to Bluey, where the books have enjoyed phenomenal success, selling one million copies in only seven months. The first three Bluey titles, which launched in November 2019, were the second-, third-, and fourth-highest selling Australian children’s books of the year. Since their launch, titles from the Bluey franchise have held the Number 1 position in Nielsen BookScan’s official Australian bestseller charts a total of 24 weeks (out of 42 weeks).

The books also received industry recognition with one of the story books, “Bluey: The Beach,” awarded the 2020 “Book of the Year” – the first time ever in the history of the Australian Book Industry Awards that a children’s picture book has won this prestigious award.