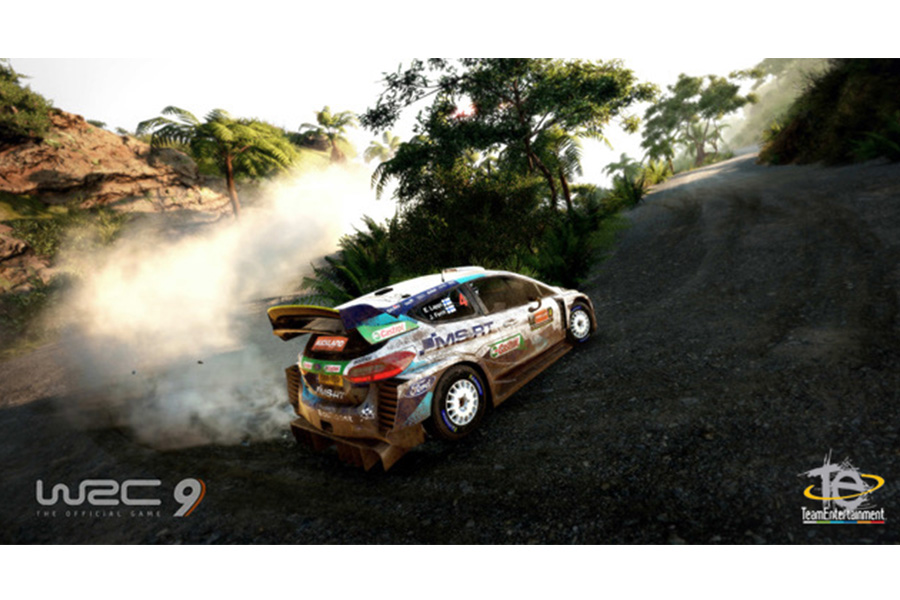 The jaw-dropping World Rally Cars of the championship’s three manufacturer teams – Toyota Gazoo Racing, M-Sport Ford and Hyundai Motorsport – top the list of available cars for gamers to select from.

A wide selection of competitors from WRC 2 and WRC 3 contains frontrunners such as Mads Østberg, Nikolay Gryazin, Adrien Fourmaux and Jari Huttunen, along with Junior WRC contenders headed by Tom Kristensson and Martins Sesks.

WRC 9 is published by Nacon and developed by renowned French studio KT Racing. It offers a total of almost 900km of roads from all originally scheduled rounds of the 2020 season.

It incorporates key sections from more than 100 of the WRC’s legendary special stages. They include the fan favourite Colin’s Crest from the Vargåsen test in Sweden, the stunning rocky landscape of El Condor in Argentina and the mighty jumps of Ruuhimäki in Finland.

Fans of WRC history will enjoy an array of iconic bonus cars from the championship’s past, most notably 14 drivers’ or manufacturers’ title-winning vehicles.

Nacon and KT Racing have incorporated major updates to the new version including:

WRC 9 is produced under licence from WRC Promoter and managing director Jona Siebel believes it will again prove a big hit with fans.

“The industry reference in sim-racing is back! WRC 9 contains many improvements which allows players to capture the fun and adventure created in the real-life FIA World Rally Championship,” he said.

“Existing favourite rallies from across the globe are supplemented by Kenya’s exotic landscapes, the twists and turns of New Zealand’s gravel roads and Japan’s narrow ribbons of asphalt to bring new challenges.

“Significant upgrades mean WRC 9 is even more true-to-life than its predecessors. But what hasn’t changed is the frantic battle against the clock in which precious tenths of a second make the difference between winning and losing,” added Siebel.

WRC 9 is available on Xbox One, PlayStation 4 and PC. The release timing for Xbox Series X, PlayStation 5 and Nintendo Switch will be announced at a later date.