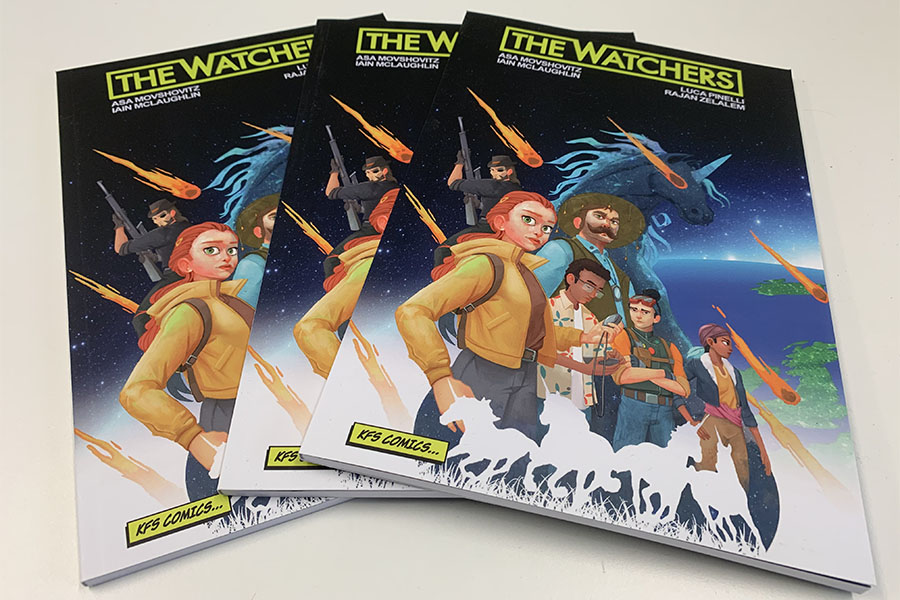 Tags from the story: Keyframe Studios, The Watchers.

Keyframe Studios, a London-based animation studio, has announced the creation of a new IP that will offer multiple opportunities across numerous media.

Devised by Asa Movshovitz, Keyframe Founder and Animation Director, The Watchers, a fantasy adventure IP, has already appeared on the ComiXology platform, a cloud-based digital distribution platform for comics that enjoys a massive following, and Comichaus.com, a popular app, marketplace and database for indie comic books. The Watchers has also been published in comic book form and discussions are under way with potential distribution partners.

And that’s not all. Asa Movshovitz and the Keyframe team are also making plans to develop The Watchers into a TV series with strong potential across multiple media.

The Watchers is a clever and exciting take on the subculture of cryptozoology – the study of fantastical beings, like Bigfoot and the Yeti, from the folk imagination.

When a meteorite shower is followed by sightings of Cryptids – creatures such as The Loch Ness Monster, Bigfoot and Unicorns –  they are quickly targeted by hunters and poachers until a mysterious group called The Watchers is called upon to ensure their safety. Guardians of the Cryptids for centuries, The Watchers emerge from their secret hiding places to protect these creatures and find out what caused the Cryptids to reappear after so many years.

Luca Pinelli  studied at the International School of Comics in Florence, where he now teaches. His works include Santa Maria del Popolo as a comic artist and Nelson as a colourist. Keyframe has a strong record in spotting and developing new talent and Luca’s clear understanding of the brief and evident skill in both art and colouring made him an obvious choice for this project.

Further instalments of The Watchers are already planned. The next two volumes are to be completed by the end of the year. Keyframe Studios is also working on a treatment for the planned television version.

Keyframes’ diverse portfolio includes the hit comedy Dead Pixels – whose hotly anticipated second series arrives on E4 soon – and popular pre-school animated show, the Adventures of Zeze Zebra, which is enjoying strong sales to multiple territories. Keyframe also has a number of other kids’ and family projects in development along with mobile games, apps and commercials.

Asa Movshovitz, Founder & Animation Director, Keyframe, says: “The potential of The Watchers was clear from an early stage, but it needed the ideal team to give it the right look and feel. With Iain and Luca on board – both highly skilled in their fields and entirely committed to the project – The Watchers is now ready to fulfil its potential as a powerful, exciting and original fantasy adventure IP with potential across many varied media.”