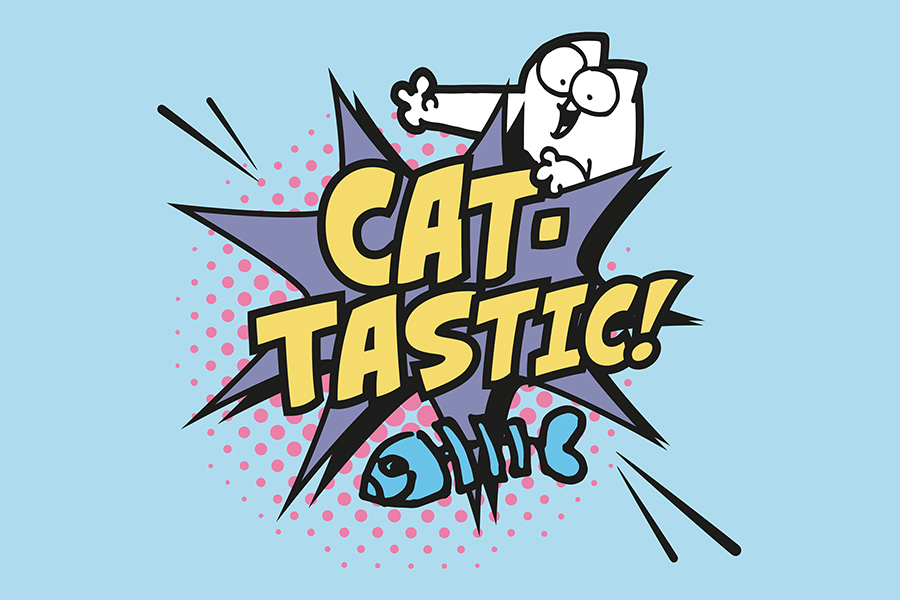 The brands join Sagoo’s impressive portfolio, which includes Rilakkuma, Care Bears, Miffy, Emily the Strange and a myriad of music brands such as The Beatles, David Bowie, Jimi Hendrix, The Police, Led Zeppelin and many more.

Popular animation, Simon’s Cat, made its debut ten years ago in viral video Cat Man Do, by illustrator and animator, Simon Tofield. The charming yet mischievous cat now stars in 100 short black and white shorts, which are watched worldwide in over 100 countries, with 7 million fans on Facebook, 2 million followers on Instagram, and more than 1 billion views on YouTube.

MasterChef aired for five successful series on TF1 in France and the show has been produced in 63 countries worldwide, broadcasting in more than 200 territories. MasterChef has become a number one rated show from the UK to Australia, Italy to Israel, Us to Brazil and beyond. Created by Franc Roddam, the culinary talent show is watched globally by over 250 million viewers, transforming over 100 amateur chefs into professionals.

Peaky Blinders is an award-winning series for BBC One and Netflix produced by official brand owner Caryn Mandabach Productions and by Endemol Shine Group’s Tiger Aspect Productions. Distributed by Endemol Shine International, five series have aired on the BBC and Netflix with a stellar cast of actors including Cillian Murphy, Helen McCrory and Paul Anderson.

Endemol Shine Group represent a range of global ancillary rights for Peaky Blinders and already has an emerging licensing programme in France, attracting a loyal fan base on Arte where it airs alongside Netflix. Endemol Shine already partner with Larousse in France with retail book and gifting ranges.

Sagoo will be working across select categories for the three brands and the team will first focus on apparel, accessories, homewares, gifting, promotions and publishing.

Veronique Pichon, President of Sagoo, comments: “We are thrilled to be working with Endemol Shine Group on such prestigious brands across a wide audience and we’re looking forward to presenting them to potential licensees to get the consumer products programme up and running in France.”

Jane Smith, Director, Brand Licensing & Strategy at Endemol Shine Group adds: “Sagoo have a fantastic reputation of extending brands with consumer products in France and we are thrilled they will represent the three premium titles of Peaky Blinders, MasterChef and Simon’s Cat. France is a key market to strengthen the growth of our brand licensing business and this partnership proves our ambitions for the territory.”

In July 2020, Endemol Shine Group was acquired by Banijay, creating the world’s largest international content producer and distributor spanning 22 territories with over 120 production companies and a multi-genre catalogue boasting over 88,000 hours of original standout programming.