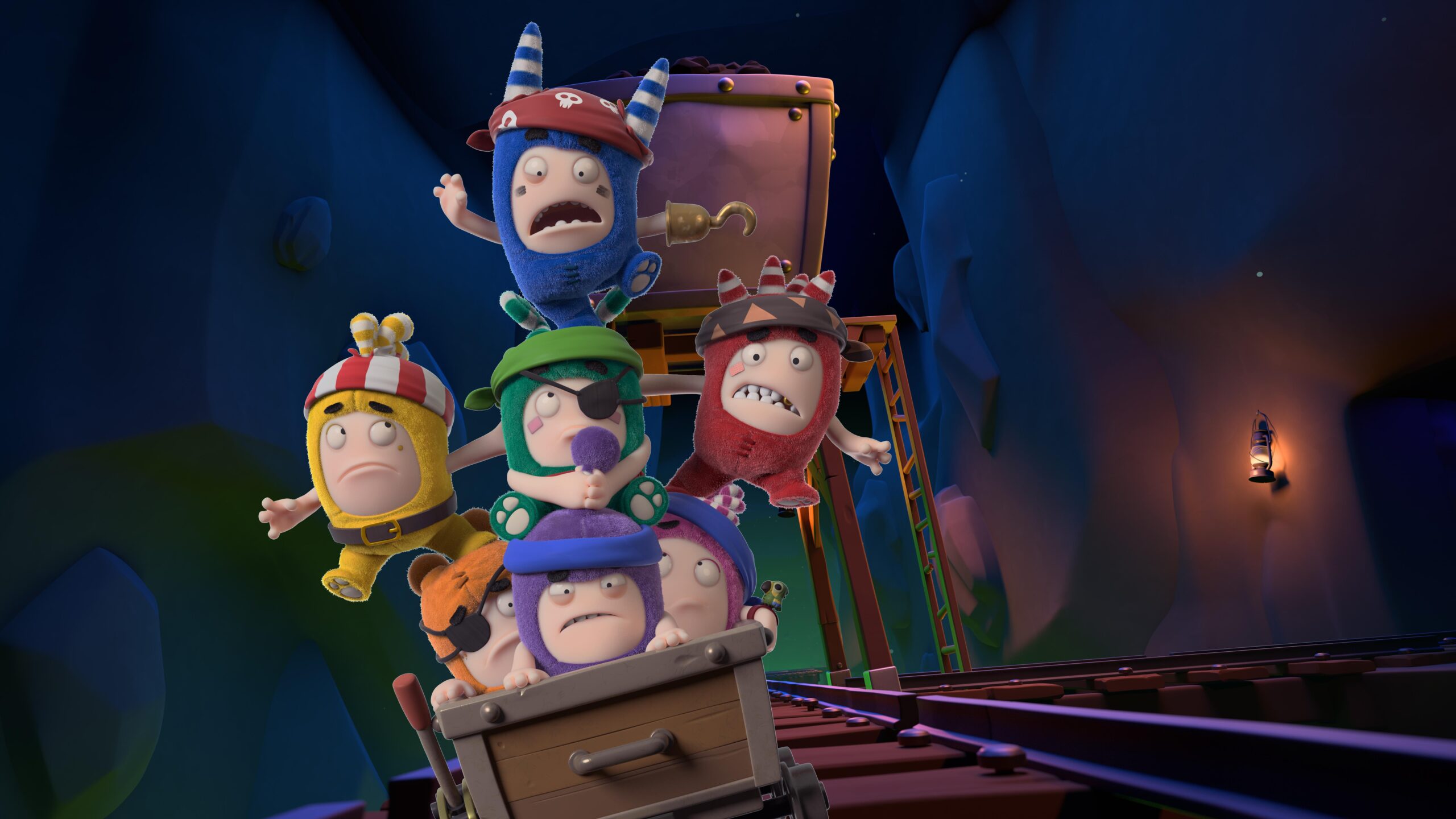 Tags from the story: Oddbods, One Animation.

Special to Debut on YouTube Kids with Fan Art Competition

The YouTube version will feature fan art from the winner of the ‘Oddbeard’s Curse: Draw A Pirate Ship’ competition, which will be running on Oddbods Official Facebook page in August in the lead up to the show’s premiere. One Animation is calling all young fans to participate by submitting an original drawing of a pirate ship to be in the running for this unique prize.

Michele Schofield, SVP, Content Distribution at One Animation, commented: “One of our core values is giving back to young fans and we’re excited to be able to offer them this chance to get creative and have their artwork featured in this adventure-packed Oddbods Halloween special. We’re also grateful to our partners at YouTube Kids, TV3 Spain, and Mediacorp Singapore; we know this extra special episode of Oddbods will bring some spooky fun to kick off the Halloween season.”

In “Oddbeard’s Curse”, while out fishing Fuse snags and hauls from the lake the catch of the decade: a treasure chest! In landing his colossal catch, however, Fuse loses a tooth. Alas, he’s saddened to discover the chest is full of useless pirate junk except for a shiny gold tooth – a perfect replacement for the one he’s lost. The gold tooth belongs to none other than the Dread Pirate OddBeard and no pirate worth his sea-salt allows stolen treasures to be re-stolen. So OddBeard and his crew of hearty misfits rise from the depths and march on Oddsville to reclaim what is un-rightfully theirs!

Oddbods is a globally loved, twice Emmy Award-nominated, non-dialogue comedy featuring seven adorable, highly unique pals. Together, despite their differences, they survive the perils of everyday life, unintentionally turning ordinary situations into unexpected, extraordinary, and always humorous events. The quirky but totally charming Oddbods celebrate individuality in a funny, warm and unexpected way. After all, there’s a little odd in everyone!