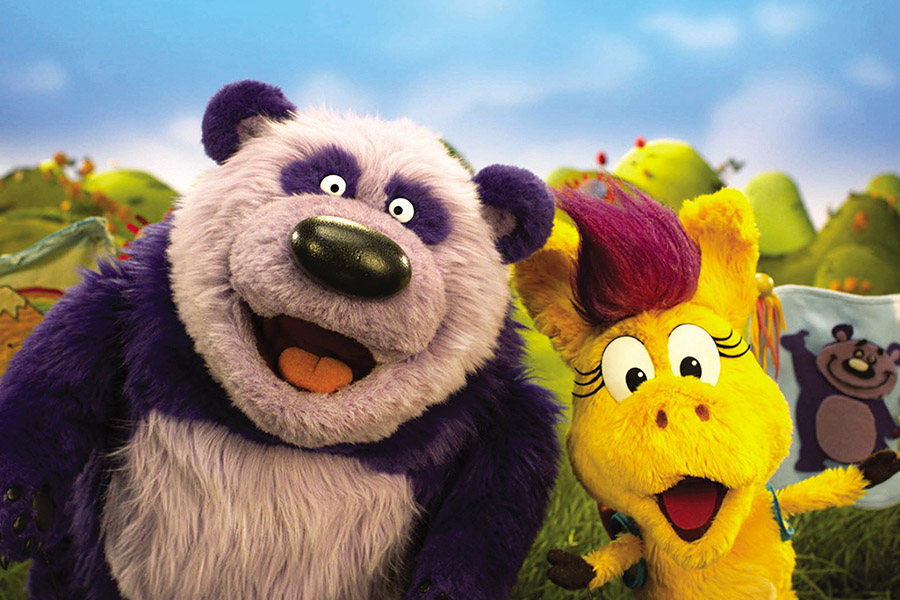 “We’re very excited to build on our successful relationship with Simon & Schuster Children’s Publishing for our newest brand, Donkey Hodie,” said Paul Siefken, President and CEO, Fred Rogers Productions. “Donkey Hodie shows children that they can accomplish great things with a can-do attitude, perseverance, and a little help from their friends.”

“We’re delighted to develop books for this stunning new series and build on its timely messages about creative problem-solving and goal-setting for preschoolers beyond the screen,” said Valerie Garfield, VP, Publisher, Novelty & Licensed Publishing, Simon & Schuster Children's Publishing. “We’re thrilled to expand our relationship with Fred Rogers Productions with another standout brand that will inspire kids and families to learn and play together.”

Simon & Schuster Children’s Publishing’s broad assortment of titles for Donkey Hodie will encompass storybooks; Ready-to-Read beginning readers; board books; novelty titles, including pop-up and lift-the-flap titles; early chapter books; and e-book formats. As master publishing partner for Daniel Tiger’s Neighborhood, the company has produced more than 10 million books in print across a range of formats for that license.

Inspired by the funny, quirky side of children’s television pioneer Fred Rogers, Donkey Hodie is an imaginative puppet series that follows the adventures of Donkey Hodie, a sweet, yellow donkey with a magenta mohawk, and her pals—Purple Panda, Duck Duck, and Bob Dog—who live in the land of Someplace Else. Donkey Hodie is the granddaughter of the original Donkey Hodie character (now known as “Grampy Hodie”) from Mister Rogers’ Neighborhood, who appeared in 59 episodes of the beloved classic children’s series. The new Donkey Hodie series, produced by Fred Rogers Productions and Spiffy Pictures (Nature Cat), is designed to empower children ages 3-5 to dream big and overcome obstacles in their own lives, to work hard and persevere in the face of failure, to be resourceful and discover they can solve problems on their own—and to laugh themselves silly along the way.

The series is currently in production on 40 half-hour episodes and will feature new music along with reimagined versions of Fred Rogers’ original songs to reinforce and underscore each story’s positive message. Each episode of Donkey Hodie will include two 11-minute, character-driven stories. Executive producers are Ellen Doherty, Chief Creative Officer of Fred Rogers Productions, and Adam and David Rudman, co-founders of Spiffy Pictures.