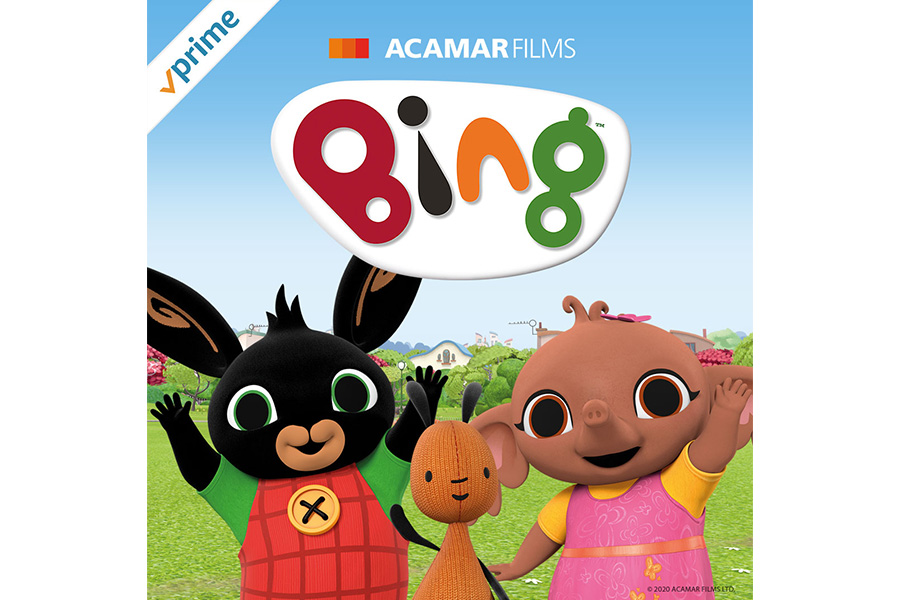 Acamar Films has signed a new deal with Amazon Prime Video to bring the most recent 26 x 7-minute episodes of Bing to the UK and extending its licence of the original 78 episodes for a further two years. Building on the growing popularity of Bing, this means pre-schoolers and their grown-ups can now enjoy watching all 104 episodes of Bing on Prime Video in the UK.

Celebrating the messy, joyful reality of pre-school life, the latest series sees Bing, Flop and their friends joined by new characters Nicky and Dr Molly. Adapted for television from the much-loved original books by author Ted Dewan, Bing uses the power of story to gently explore strategies for both children and grown-ups to overcome obstacles and when things don’t go to plan.

“We’re thrilled to have extended our relationship with Amazon Prime Video in the UK, and to be able to introduce Bing to yet more viewers in both Italy and Spain,” said Eroulla Constantine, Director of Sales and Distribution at Acamar Films. “It’s a testament to the success so far of Bing on Prime Video and we look forward to delighting yet more Bingsters with our stories.”

Prime Video offers customers a vast collection of TV shows, movies and more, all available to watch on practically any device.

Bing can now be enjoyed across multiple TV and SVOD services in 130 territories worldwide and via the ‘Bing: Watch, Play, Learn’ app (available now in the UK, Italy and Poland). The property goes from strength to strength with Bing recently, in May, winning ‘Best Property for the Year’ in Italy for 2019 activity.