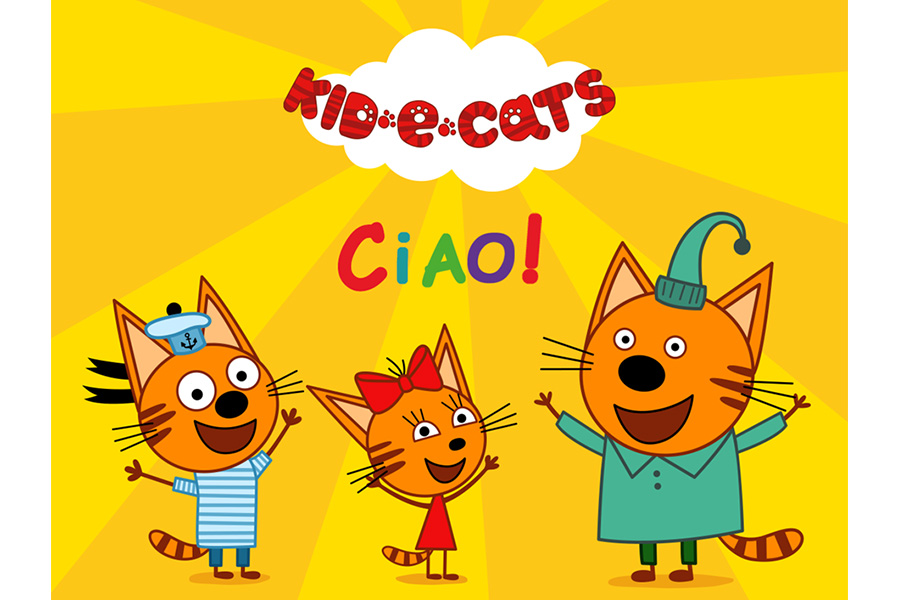 Boing Italy, CTC Media, and APC Kids presented in a virtual meeting all the major licensing news related to the hit Russian preschool series, on air on Cartoonito

Kid-e-Cats is the Russian animated TV series for preschoolers with millions of fans around the world. Produced by CTC Media and Studio Metrafilms, and available in over 150 territories in more than 30 languages, it tells the story of three cute kittens: Cookie, Pudding, and their kid sister Candy. They love to play and investigate the world around them, living new adventures every day. Together they learn to express their emotions and to find a way out from any situation, with the help of their imagination and parental advice.

During the virtual presentation organised by the Licensing team at Boing, Ksenia Gordienko, Director of Animation department of CTC Media and Lionel Marty, Managing Director of APC Kids, updated more than 60 partners and potential licensees attending the event with the latest Kid-e-Cats news.

In particular, they are very happy for the great results achieved in Russia, Italy and worldwide, and excited about the future of their IP. Currently they have 15 licensing agents all over the world, including the one for the Italian territory, that is Boing Spa.

Ilaria Rossi, Head of Licensing at Boing Spa, revelead that in Autumn the third season of the series will arrive in Italy,  along with significant licensing news.

The most important one is the Master Toy deal, which includes plushes and 3D Playset Figures. Made by Toy Plus and distributed by Lena, the toy line will be launched in September 15th with a big TV advertising campaign.

Among the confirmed licensees, Ravensburger puzzles will release its products starting from next September, while the new toys by Clementoni and Koch Media DVDs will be purchasable in Q4 this year.

Many new projects are on the way: 15 style guides in English language are available for each licensee interested to develop this cute brand. Each of them illustrates the abundance of publishing materials available for coloring activities and for books. Also for apparel, new fashion style guides have been prepared for 0 – 2 years and 3 – 6 years old children.