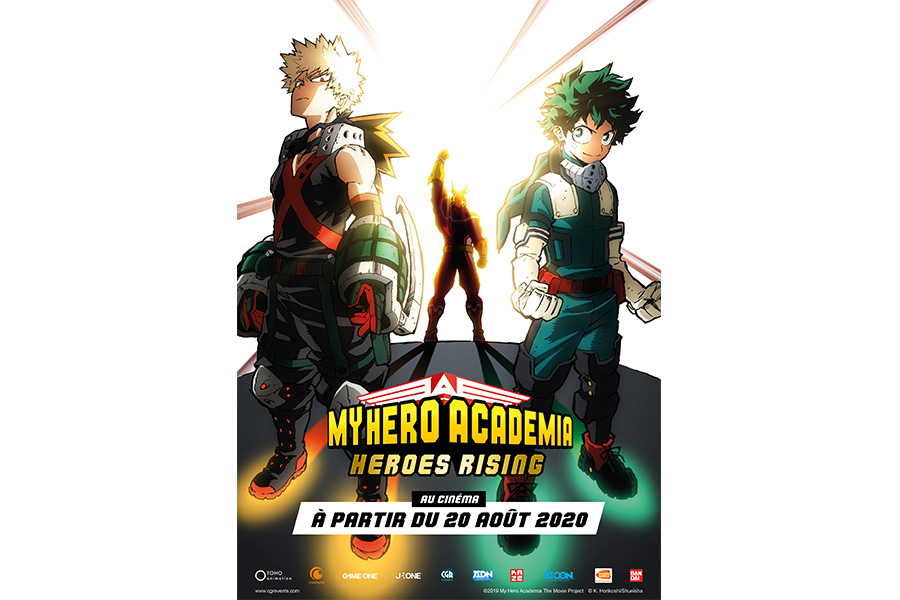 My Hero Academia: Heroes Rising will be released in French-subtitled version in more than 100 movie theaters across France, Belgium and Luxembourg from August 20th to 25th, to the delight of the many fans of the superhero franchise The film will also be previewed at a special event in the legendary Parisian theater Le Grand Rex in Paris on August 18th!

Synopsis
Class 1-A visits Nabu Island where they finally get to do some real hero work. The place is so peaceful that it’s more like a vacation … until they’re attacked by a villain with an unfathomable Quirk! His power is eerily familiar, and it looks like Shigaraki had a hand in the plan. But with All Might retired and citizens’ lives on the line, there’s no time for questions. Deku and his friends are the next generation of heroes, and they’re the island’s only hope.

A superheroes hit license
With more than 3 million copies sold by the publisher Ki-Oon and a very committed fan community, My Hero Academia is the greatest manga success of the last 10 years in France! The TV show has four seasons now, broadcast on Toonami and J-One, and available on Anime Digital Network (ADN) platform and on DVD/Blu-ray at Kazé. The brand universe of My Hero Academia has been extended to many merchandising products, such as the multi-platform video games edited by Bandai Namco, which released “My Hero: One’s Justice 2” on March 13, as well as toys and figures developed by Bandai.