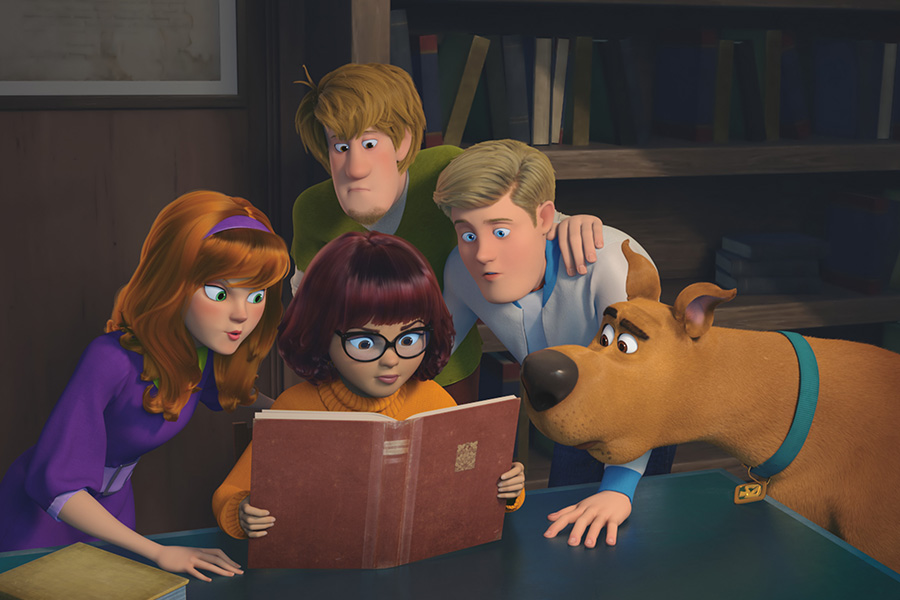 Scooby!, the eagerly awaited animated film for the whole family arrives in Italian homes on all the main platforms

In response to the unprecedented demand for high quality entertainment, to be enjoyed directly at home with the whole family, Warner Bros. announces the arrival in Italy of “SCOOBY!”, the animation adventure about the origins of Scooby-Doo and Mystery Inc., an exclusive digital preview from July 15th, available for premium purchase on Amazon Prime Video, Apple Tv, Youtube, Google Play, TIMvision, Chili, Rakuten TV, PlayStation Store, Microsoft Film & TV and for premium rental on Sky Primafila and Infinity.

“SCOOBY!” reveals how Scooby and Shaggy’s lifelong friends met and later joined young detectives Fred, Velma and Daphne to form the famous Mystery Inc. With hundreds of cases solved and adventures shared, Scooby and the gang will now face their biggest and most challenging mystery ever: foiling a plan to unleash the ghost dog Cerberus around the world. As they prepare to stop this “global can-apocalypse,” gang members discover that Scooby has a secret legacy and an epic destiny greater than they could have imagined.

In the original version of “SCOOBY! ” are part of the cast of voice actors Will Forte (“Revenge of the Suckers”; the TV series “The Last Man on Earth”), as the voice of Scooby-Doo’s best friend, Shaggy; Oscar nominated actor Mark Wahlberg (“The Fighter”); “The Departed – Good and Evil”) is Blue Falcon; Jason Isaacs (the Harry Potter movies; “The OA” on TV) is the voice of notorious Dick Dastardly; Gina Rodriguez (“Deepwater: Hell on the Ocean”; the TV series “Jane the Virgin”) is the voice of Velma; Zac Efron (“The Greatest Showman”; the saga “Bad Neighbors”) is the voice of Fred; Amanda Seyfried (“Mamma Mia! “; “Ted 2”) is Daphne; Kiersey Clemons (“Bad Neighbors 2”; the TV series “Angie Tribeca”) as Dee Dee; Ken Jeong (“Crazy & Rich”; the trilogy of “A Hangover”) as Dynomutt; Tracy Morgan (“What Men Want”; “30 Rock” on TV) as Captain Caveman; while Frank Welker (the “Transformers” franchise) lends his voice to Scooby-Doo.

“SCOOBY!” is directed by Tony Cervone, nominated for the Annie Award for the movie “Space Jam”, and twice Emmy nominated for his work on “Duck Dodgers”.