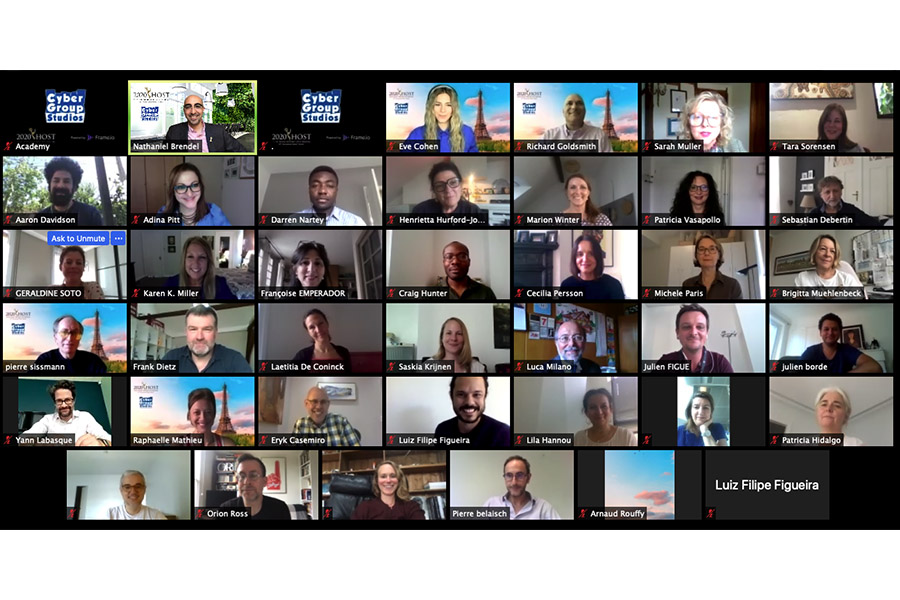 Cyber Group Studios hosted on Tuesday July 7th the ONLINE EDITION of the Semi-Final round of judging for the International Emmy Awards in the category: Animation

In a time when it has become difficult, if not impossible, to get together in person, it has been a priority for Cyber Group Studios and the International Emmy Awards to find new ways to support our industry.

It’s in this spirit that Cyber Group Studios hosted on Tuesday July 7th the ONLINE EDITION of the Semi-Final round of judging for the International Emmy Awards in the category: Animation.

The online judging was hosted by Pierre Sissmann (Chairman & CEO of Cyber Group Studios) under the supervision of Nathaniel Brendel (Emmy Judging Director).

Pierre Sissmann, Chairman and CEO of Cyber Group Studios and a Director of The International Academy of Television Arts & Sciences says: “This is a great pleasure and honor to be able to organize the International Emmy semi-final like these past years. I am particularly happy to be part of this online edition! At a time where a pandemic hit the world, we are all thinking of bringing relief and entertainment to kids and families around the world and hope for better days.”

Nathaniel Brendel, Senior Director, Emmy Judging, International Academy of Television Arts & Sciences comments: “We thank Pierre Sissmann and the Cyber Group Studios’ team for their continued support and for bringing together again a distinguished panel of jurors to participate in the 2020 International Emmy Awards competition.”

Prestigious programs were screened and noted by the jury. The series with the highest score will proceed to the Final round of judging and the winner will be announced at The International Emmy® Kids Awards later this Fall.