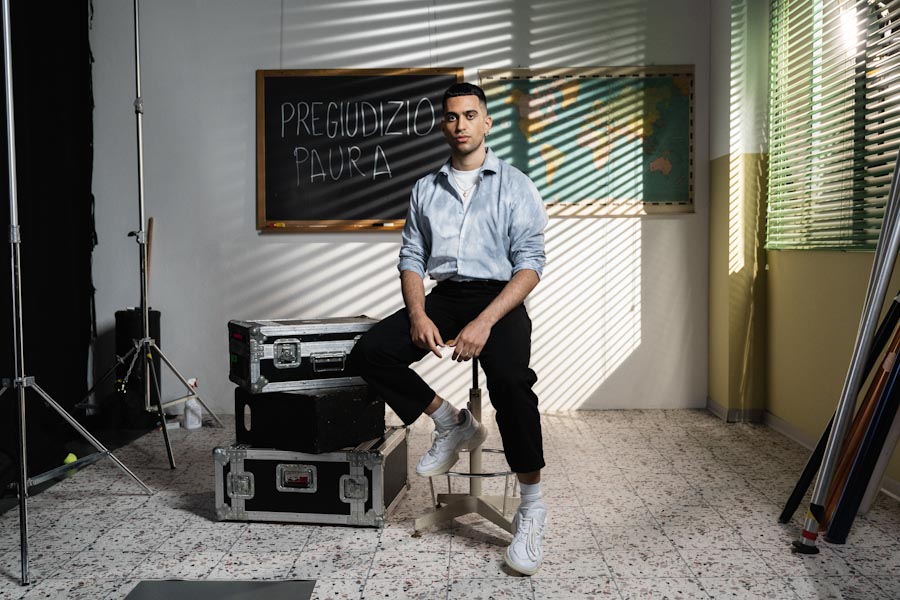 THE WEB SERIES TEEN RAJEL FROM JULY 9 ON YOUTUBE

Tags from the story: Rajel.

From July 9th comes Rajel, the teen web series of the Italian project OLTRE. Dedicated to the reception and social integration, it has as ambassador the singer Mahmood

The Rajel web series represents one of the main products of the communication campaign of OLTRE, the Italian project supported by the European Commission, to support young people in situations of exclusion and vulnerability.

The series, which makes its debut on the project’s Youtube channel on Thursday, July 9th, tells about the experiences of a group of teenagers hired by a production company to shoot a TV series.

The actors are all non-professionals, selected among the young people who participated in the theatre workshops promoted by OLTRE. For the main roles (Raf and Fatima) two new generation Italian boys of Moroccan origin were chosen: Ramzi Lafrindi, already known on the web for his comic videos and Dounia Filali, a brilliant political science student.

“Rajel” is the Arabic word for “man”: the title encapsulates the inner conflict experienced by the protagonist Raf, in the interweaving of intense events that will lead him to understand what “being a man” really means and to decide what kind of person he wants to become.

The soundtrack is by Maruego, a trapper from Milan also of Moroccan origin, while the singer Mahmood supports the project in various ways as an ambassador. For example, the 4 episodes of the series are introduced by a video clip where the artist tells a personal memory or experience, which takes up the main theme of each episode.

At the end of 2020, when the project OLTRE will be finished, the curators plan to propose the series also to television productions.