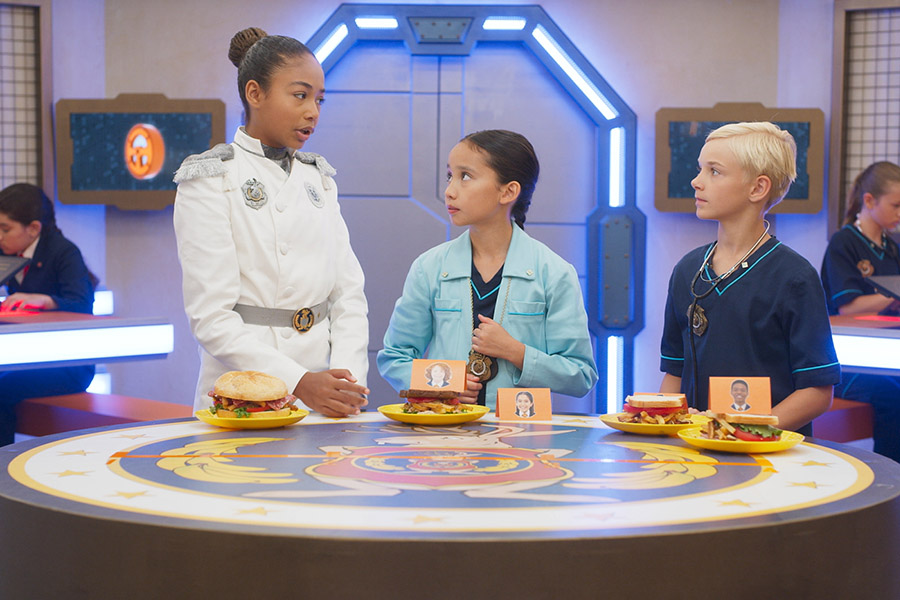 A whole week of brand-new episodes of the multiple Emmy-winning series ODD SQUAD from Fred Rogers Productions and Sinking Ship Entertainment will drive onto PBS KIDS beginning July 6 – with Sample of New York launching July 9 and The Sandwich Project (the Pittsburgh-based story) premiering on July 10. The young agents will visit well-known landmarks and sites in each city for math-powered adventures.

A live-action series designed to help kids 5-8 build math, problem-solving, and collaboration skills, ODD SQUAD centers on four young agents who are part of the Odd Squad, an agency whose mission is to investigate strange happenings. Every episode features a math concept that the Odd Squad uses to set things right. In addition to math, the stories also expand upon science, technology, and engineering concepts and principles. To crack each case, the agents use deductive reasoning and logical thinking—along with teamwork and a hefty dose of humor—to explore the “math in the science.”

← ON DISNEY+ THE THIRD SEASON OF PENNY ON M.A.R.S. ZOONICORN TEAM UP WITH TOONZ MEDIA GROUP FOR NEW CONTENT →