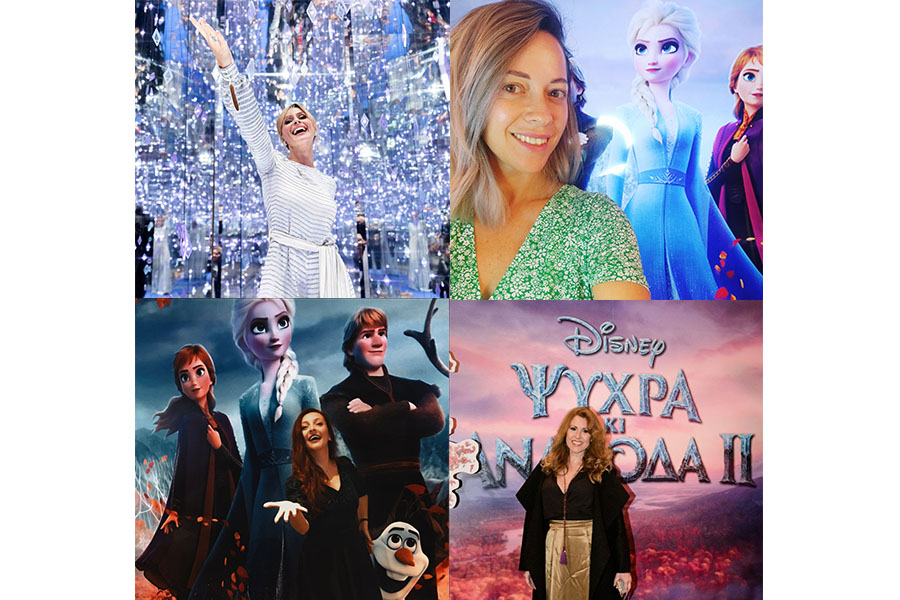 FROZEN 2 – THE SECRET OF ARENDELLE IN DISNEY MAGIC MOMENTS

Tags from the story: Disney Magic Moments, Frozen 2 - The Secret of Arendelle.

Serena Autieri, Begüm Günceler, Mona Mor and Sia Koskina, the voices of Elsa from Italy, Turkey, Israel and Greece, give a special moment to families by singing the song “Into the Unknown” in their respective languages

As part of the global Disney Magic Moments initiative, which aims to bring Disney magic into the homes of families through entertainment content of various kinds, Italy, Turkey, Israel and Greece have created a moment of sharing through the song “Into the Unknown” from the Disney movie Frozen 2 – The Secret of Arendelle.

Serena Autieri, Elsa’s Italian voice, played the song from the film and invited Begüm Günceler, Elsa’s voice in Turkey, to follow her. Begüm then involved Mona Mor (Israel), who in turn called in Sia Koskina (Greece). The initiative aims to share a moment of magic through music that unites them and that has the power to create a bond between people. The videos are available on the Disney Magic Moments website of the countries involved.

In Italy, DisneyMagicMoments.it is also the collection point of the musical entertainment project created by Disney Italy in support of the Italian Red Cross that, after the performances of Francesca Michielin (“Riflesso” from the Disney movie Mulan), Noemi (“Il Cerchio della Vita” from the Disney movie Il Re Leone) and Michele Bravi (“Ricordami (Solo)” from the Disney movie and Pixar Coco), is enriched with the special interpretation by Serena Autieri: “We can all do something to make this moment better: I want to create a magical moment by singing my favorite Disney soundtrack. And I take this opportunity to thank those who are in the front line to help us, like the Italian Red Cross“.