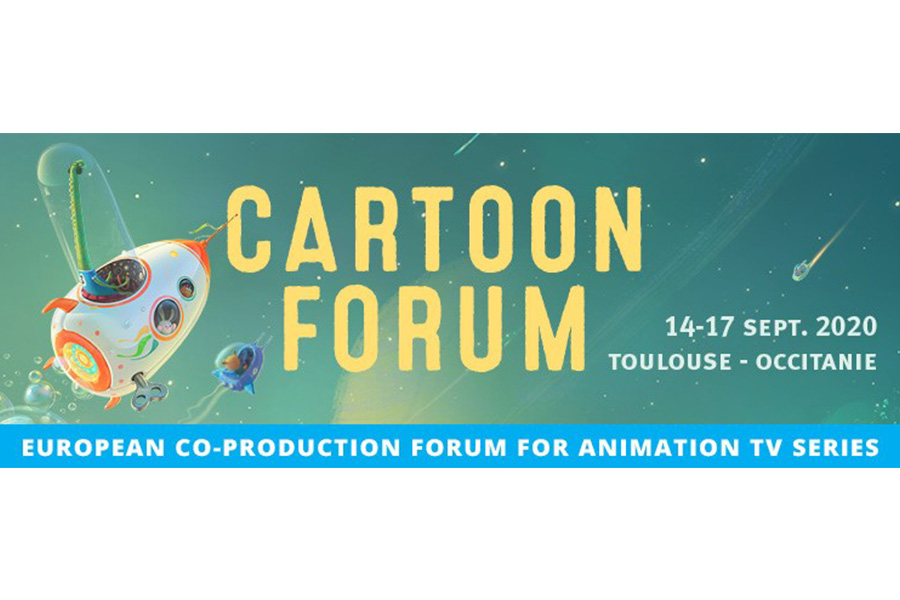 Tags from the story: Cartoon Forum.

European animation is back on track with the 31st Cartoon Forum, the co-production event for animation series that will be held in the French city of Toulouse on 14-17 September 2020. Ninety original projects from all over Europe will be launched in this year’s atypical edition focused on the business side of animation, as reflected in its motto “Business First”. Cartoon Forum will be held under a strict biosafety protocol following the recommendations by the French government and the WHO, as announced last week by CARTOON.

The 143 projects submitted to the Forum reflect the strength of a sector that did not come to a halt even during the global health emergency most critical period. In spite of this edition’s exceptional conditions, producers will be presenting their projects in the flesh to the professionals attending the event, including decision makers, TV channels’ and streaming platforms’ heads of acquisitions, and other potential partners interested in European animation. The projects will take part in pitching sessions where producers will have the chance to talk their audiences into the distinctive concept and characters of their series.

A MAP OF EUROPEAN ANIMATION

Cartoon Forum’s line-up offers a comprehensive overview of European animation, which is currently dominated by series aimed at 6-11-year-old children, produced in 2D animation and with 6-12 minutes episodes. Twenty-four European countries are involved in the projects, while another 6 countries outside the region participate as co-producers.

France leads the line-up with 36 projects, followed by Ireland (8), Denmark (6), and Spain (6), while Belgium, Finland and UK participate with 4 projects each. Led by Denmark, the Nordic countries presence amount to 11 projects, while 8 other projects hail from CEE countries, showing a growing trend in the number of projects from these geographic areas.

With an average cost of 4.2 million Euros per series, the 90 projects amount to a total budget of 381 million Euros and 521 hours of content.

Animation aimed at 6-11 children continues to lead the Forum’s line-up with 38 projects (43%), closely followed by the series for pre-schoolers, which already account for the 33% (30 projects). Meanwhile, the number of projects aimed at Family Audiences (11 projects), Young-Adults (8 projects) and Teenagers (3 projects) remain stable.