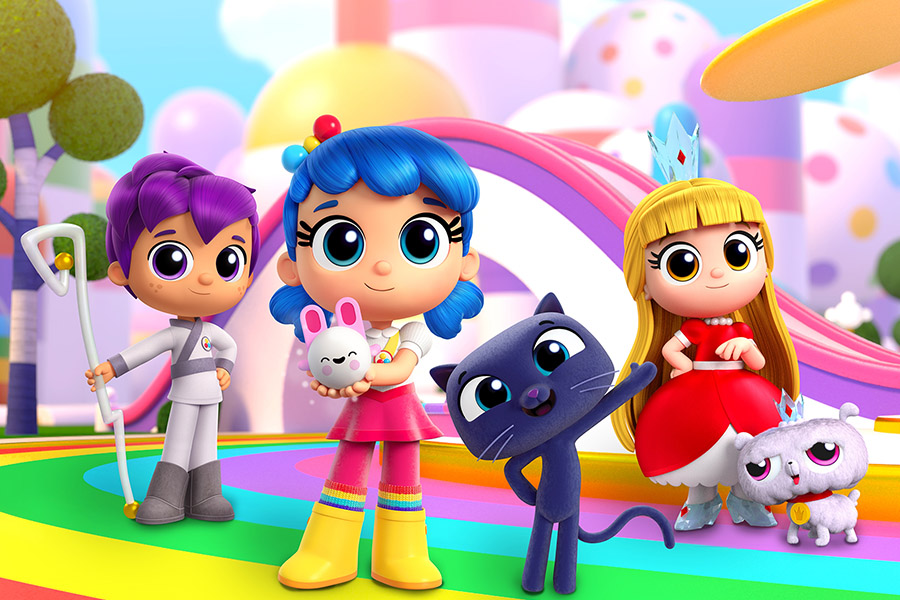 bRAND-WARD TO REPRESENT TRUE AND THE RAINBOW KINGDOM

Tags from the story: bRAND-WARD, Guru Studio, True and the Rainbow Kingdom.

Guru Studio, a leader in children’s entertainment, is pleased to announce it has appointed bRAND-WARD as its exclusive licensing agent for its hit preschool series True and the Rainbow Kingdom.

bRAND-WARD will represent the brand in the UK & Ireland across all consumer products and L&M including toy and games, apparel, publishing, housewares, accessories, food and drink, and live events.

“We’re seeing tremendous demand for TRUE products from boys and girls all over the world.” said Jonathan Abraham, VP of Sales and Business Development at Guru Studio. “We’re excited to have the experienced team at bRAND-WARD lead the charge for our consumer products program in the UK & Ireland, and continue to build upon the love people have for the show.”

“True and The Rainbow Kingdom is a brand with great appeal, which has inspired award winning and top-rated content, widely available on many platforms, including pay TV, FTA, SVOD & digital media. Securing multiple platforms is a prerequisite nowadays if you want to achieve the necessary exposure.” said Trudi Hayward, co-Founder, bRAND-WARD SERVICES LTD. “We are delighted to be working with Guru on this stunning property.”

True and the Rainbow Kingdom’s timely and important message empowers children to be mindful, compassionate and respectful of all living things. The series first launched on Netflix in 2017, and is now launching on linear TV around the world. Following the successful launch on Tiny Pop in the UK earlier this year, the demand for the hit preschool series continues to grow. On AVOD platforms such as YouTube and YouTube Kids, the series has amassed a sizeable audience with over 300 million views. The show’s GIPHY page now boasts over 2 billion shares. The series recently received a Daytime Emmy Award nomination for Outstanding Directing for a Preschool Animated Program. Consumer products for True and the Rainbow Kingdom including a line of plush, Halloween costumes, activity books and storybooks are also now available across North America. New True and the Rainbow Kingdom content is continuing to roll out on Netflix throughout 2020.