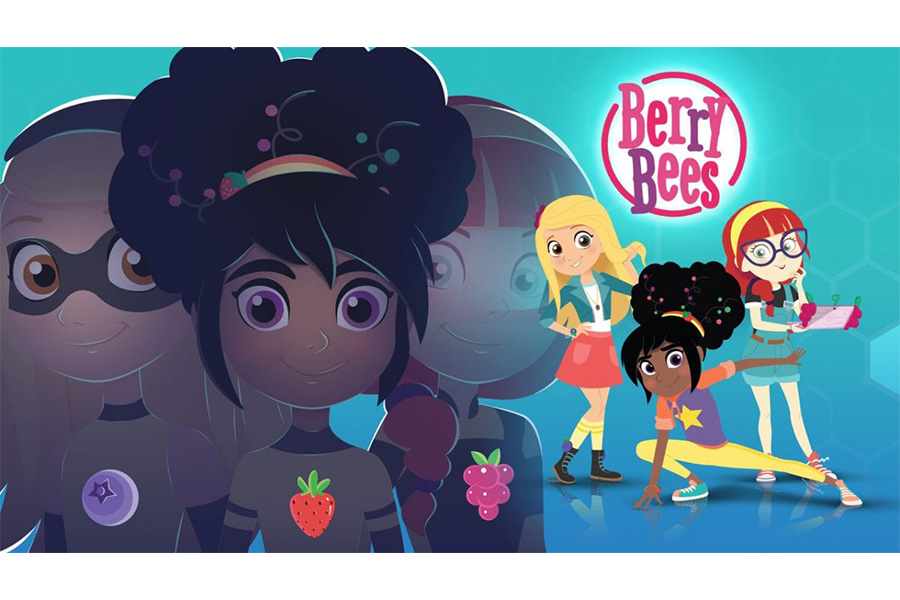 THE MISSION GETS BIGGER FOR BERRY BEES!

Berry Bees successfully premiered on Rai Gulp with an initial 26 episodes last December with the second-half of the season (the additional 26 episodes) recently being launched on Gulp on May 6th, the final episodes transpiring and delivered by the production team during Italy’s strict Corona-virus lock-down requirements.  The first season has been sold to several new broadcast partners to include: VRT (Belgium) for the channel Ketnet; AMC Networks International – Central and Northern Europe (Hungary, Romania, Moldova, Czech Republic, Slovakia, Serbia, Kosovo, Montenegro Macedonia, Bosnia-Herzegovina, Croatia, Slovenia) for Minimax channel; MINIKA (Turkey) for the kids channel Minika GO. Berry Bees is available on Rai Play the digital platform of RAI. The animated series has been on air on Australia’s NINE Network 9GO since last fall and launched successfully in 2020 on STAN, Australia’s leading online streaming service.

A kids (targeting 5-9 year olds) fun-filled spy-action series, Berry Bees, encompasses all of the precise required kid’s ingredients featuring three extraordinarily talented 10-year-old girls named Bobby, Lola and Juliette. Seemingly ordinary school-age children, they have been selected by the B.I.A. (Bee Intelligence Agency) for those special spy missions in which only child agents can be involved. Together the girls are known as the Berry Bees. When the world’s top-secret villains unleash their mayhem and the Berry Bees are summoned to the rescue, when the adult spies are simply not suitable for the case, Bobby, Lola and Juliette become mistresses of disguise, secret undercover agents, astute mentalists and rad martial arts experts who also use awesome berry-themed gadgets to save the day. The series is produced by Atlantyca Entertainment, SLR Productions, Telegael, and Cosmos-Maya Production.

“We are thrilled with the response we are getting to this wonderfully adventurous series” noted Alessandra Dematteis, Atlantyca Distribution Manager. “This series celebrates the power of girls, the excitement of special operations filled with eye-catching animation a perfect entertainment combination for kids during these difficult times. So excited to share our Berry Bees with our new broadcast partners and their young audiences!”