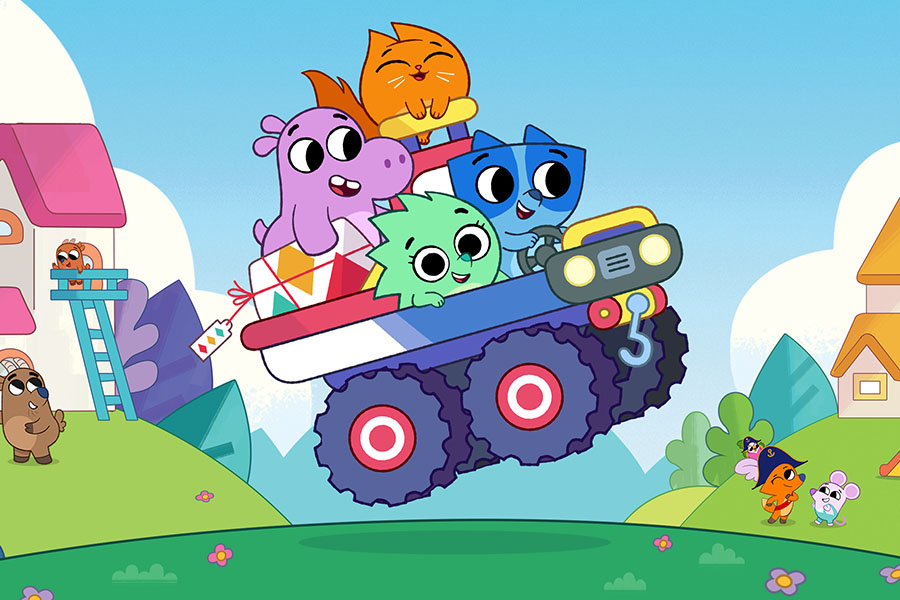 Guru Studio, a leader in children’s entertainment, is pleased to announce it has appointed New York-based Licensing Street as its exclusive licensing agent for its newest preschool series Pikwik Pack. The 2D animated series is set to air on Disney Junior in the US in Q1 2021.

With Playmates Toys as global master toy partner already on board and Scholastic handling US publishing, Licensing Street will represent the brand in the US across all consumer products including apparel, home, accessories, party decorations, games and live events, and will continue to develop a licensing program that reflects the brand’s core themes of community, responsibility and teamwork.

Guru Studio is the animation studio behind the global phenomenon PAW Patrol, now in its eighth season, as well as its own original Emmy-nominated properties True and the Rainbow Kingdom and Justin Time.

“We’re thrilled to be teaming up with Licensing Street who have an incredible track record of building successful licensing programs in the preschool space.” said Jonathan Abraham, VP of Sales and Business Development at Guru Studio. “Licensing Street brings a wealth of industry knowledge and expertise to the table and we are excited for them to lead our licensing program in the US.”

“We’re delighted to have been selected by Guru Studio to join the Pikwik team and look forward to developing new licensing partnerships that translate the show’s charm and content-based lessons, like critical thinking and discovery, into appealing products that kids will love,” said Jason Korfine, Partner, Licensing Street, LLC.

The series, which was acquired by Disney Junior US, Australia/New Zealand, Korea and India, follows the Pikwik Pack; Suki the hedgehog, Axel the raccoon, Tibor the hippo and Hazel the cat as they deliver magical packages filled with love to the kind citizens of Pikwik. The 52 x 11 minute episodes are packed with big adventures, silly hijinks, and heartfelt charm that will entertain preschoolers while underscoring the value of community, responsibility and teamwork.