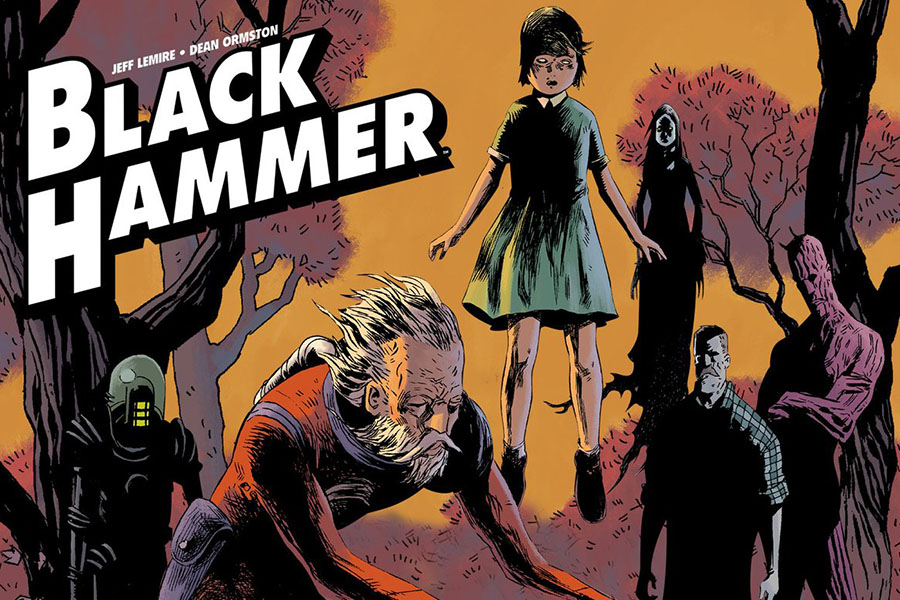 Jeff Lemire and Dean Ormston, creators of Black Hammer, the award-winning, best-selling comic series published by Dark Horse in 19 different languages worldwide, have appointed Reemsborko Ltd as the worldwide licensing agent in all categories for this property. The deal was brokered by their agent, Charlie Olsen of Inkwell Management.

Black Hammer is a metafictional and epic multi-book saga of interweaving superhero stories that looks nothing like mainstream superhero comics. It stands outside of and is also a commentary on the genre itself.

“Once they were heroes, but the age of heroes has long since passed. Banished from existence by a multiversal crisis, the old champions of Spiral City – Abraham Slam, Golden Gail, Colonel Weird, Madame Butterfly, and Barbalien – now lead simple lives in an idyllic, timeless farming village from which there is no escape! And yet, the universe isn’t done with them – it’s time for one last grand adventure” (quote from Dark Horse)

A film and television development deal with Legendary Entertainment has also been confirmed. This deal includes not just Black Hammer, but all its associated titles, effectively opening the door to create a cross-platform film and television shared universe.

Max Arguile of Reemsborko commented, “This property is just so exciting. I enjoy superhero comics and films as much as anyone but audiences are ready for something a little different now. Black Hammer is here to cure superhero fatigue. Clearly, Legendary also think so. Reemsborko is open for business on this right now, so licensees can get their ranges in store in advance of all the onscreen activity”

Charlie Olsen of Inkwell commented, “We are thrilled to be partnering with Reemsborko to create a full range of products for fans to show their love of the Black Hammer universe.”