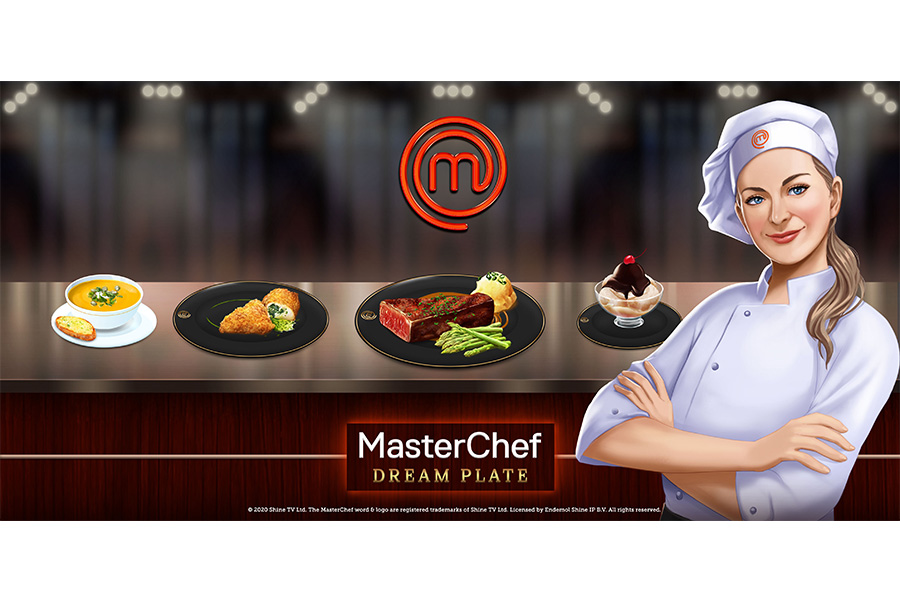 Animoca Brands and Endemol Shine North America, producers of the hit culinary competition series MASTERCHEF, announced that MasterChef: Dream Plate, a new mobile game based on the highly popular MasterChef franchise, has launched on the Apple App Store and Google Play with approximately 500,000 pre-orders and pre-registrations.

Originally created by Franc Roddam, MASTERCHEF is the most successful cookery television format in the world, adapted locally in 60+ countries and watched globally by over 250 million viewers in more than 200 countries. The MASTERCHEF brand extends into a huge range of successful commercial activities across multiple platforms including extensive publishing, consumer products, experiential and live events, travel, digital and B2B activities.

MasterChef: Dream Plate allows players to play as a MasterChef TV show contestant who cooks and presents MASTERCHEF-worthy dishes in competition with other contestants, using challenging ingredients and recipes. The dishes are judged by fellow players in real-time, in a one-of-its-kind interactive gaming experience that is new to the franchise.

MasterChef: Dream Plate was developed by Animoca Brands in partnership with Endemol Shine North America. The game has been pre-ordered and pre-registered approximately 500,000 times on the App Store and Google Play.