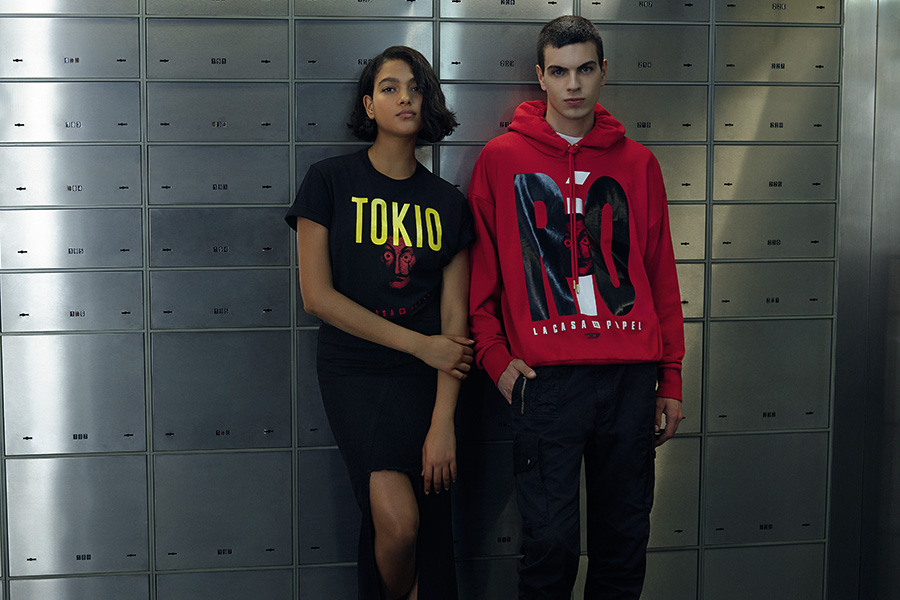 LM meet Eugenia Peia, Managing Director of CAA–GBG Italy, the licensing agent for Netflix and its content, as La Casa de Papel. In this interview we have learned the success of the winning project “Diesel x La Casa de Papel”, awarded at the latest BLTF Awards

At the latest BLTF Awards, the project DIESEL X LA CASA DE PAPEL, mediated by the global agency CAA-GBG, has been awarded as BEST ADULT LICENSED FASHION PROJECT, for having conceived an extremely innovative, gritty project and for having maintained a great coherence between the products developed, the visuals, the communication and the spirit of the TV series. Here Eugenia explained us how they could reach such result.

How was the project Diesel x Casa de Papel born?

It was the spring of 2018 when we started talking with Diesel about a possible project on La Casa De Papel. The fellowship and the positive feelings for the TV series by the audience were already high, but far from what they would have become a year later, with the third series on air and the partnership with Diesel.

The fit between the two brands was immediately evident and organic: both rebellious, non-conformist and brave…! That famous fil-rouge… it was really red, not only because of the perfect and fortuitous assonance with the name of the founder of the Italian fashion multinational, but also because it was the predominant colour in the branding of Diesel, Netflix and La Casa de Papel. So, the idea of combining the two brands for a four-handed project immediately inflamed both partners and, from their enthusiasm, a particularly articulated global project was born. Alongside the capsule collection, launched on July 19th, 2019, at the same time as the third series, Diesel also designed and produced the emblematic red jumpsuits, which have become icons of pop culture and are included in the TV series through an organic and effective product placement. The same jumpsuits, dressed by the band, then became a precious prize for the lucky 150 winners of the contest created by Diesel between July and August 2019.

Which initiatives – in store and promotional – have been developed to support the project?

The limited capsule edition was launched on Diesel.com and in selected flagship stores, with dedicated displays and branded windows in the most important Diesel stores worldwide. Bold graphics showed the names of the TV series protagonists and the Dali mask was evident in the predominant colours of white, black and red.

Starting from the day of the third series release, Diesel also offered a limited number of jumpsuits actually dressed by the cast on the set. The marketing investment was impressive: social and digital activities, out of home executions and influencer seeding.

What were the outcomes (results) of the overall initiative?

Sell through data far exceeded licensor and licensee expectations, especially in Italy and Spain, and since the first weekend of product launch.

La Casa de Papel is one of Netflix’s flagship titles. Do you have future plans for this brand?

You know that singular tic of the Professor who continually repositions his glasses on his nose? Hence has been the spark for a new global partnership on the series, this time with Luxottica and their luxury brand Persol (Persol x La Casa De Papel). The capsule collection is on sale starting from April 2020 and it also includes a limited edition of a model with 24K gold plated lenses.