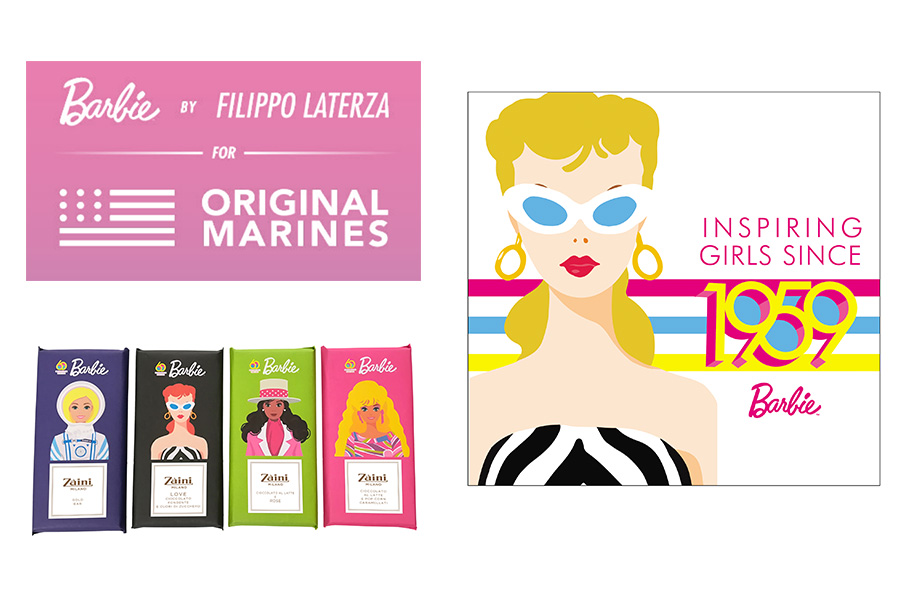 BARBIE MAKES A TRIO AT THE BLTF AWARDS

At the BLTF Awards Barbie won three important awards, related to projects carried out in 2019 for her 60th birthday

Among the many prizes awarded, the Barbie brand, Mattel’s top brand and historically managed in Italy on the licensing front by the Victoria Licensing and Marketing agency, led by Eleonora Schiavoni, was particularly distinguished.

Here it is the list of awards that Barbie earned thanks to the hard work done during 2019 to celebrate its 60th anniversary.

On the occasion of Barbie’s 60th anniversary, Mattel decided to pay homage to its most famous fashion doll by collaborating with two exceptional partners: Filippo Laterza and Original Marines.

Filippo Laterza, high fashion designer who since childhood played at creating clothes for Barbie, was happy to express his creativity by designing a limited edition Barbie capsule collection.

At the same time Original Marines, an important children’s clothing retailer, enthusiastically welcomed the idea of giving its young consumers the chance to wear garments designed by an authentic haute couture designer, confirming its ability to take advantage of new opportunities to dialogue and interact with consumers, also through an articulated communication and marketing plan extended to stores, as well as the web and the digital world.

The project was born from the idea of celebrating the 60th anniversary of Barbie, with an iconic product, dedicated to an adult target, something new linked to the world of chocolate and create “around” a PR event. For this reason a brand like Barbie celebrating its 60th anniversary combined with a partner like Zaini, with more than 100 years of history, was a perfect and successful combination, and the Zaini Caffè location in Milan was a perfect location to plan the launch. The success of the collection and of the event allowed Zaini to bring the product also to Harrods in London, to Gallerie Lafayette in France, and to add a collection of tablets for the “mass market”.

Barbie, undisputed leading property in the toy world and in continuous expansion in the fashion and lifestyle world and in the retail area, has won the most coveted award, in the PROPERTY OF THE YEAR category, with a special mention for its licensing activations. For Barbie, 2019 was an exceptional year. As part of its 60th anniversary celebrations, we saw high-impact PR events at key moments of the year, which were flanked by the important projects of the licensing team, which was activated through the offer of products perfectly in line with the latest trends and the latest news for girls.

On the occasion of its 60th anniversary, the brand celebrated globally the largest scale of women’s models, women from different backgrounds and sectors who break the boundaries and become a source of inspiration for the next generation of women, to inspire with Barbie the infinite potential that there is in every girl.