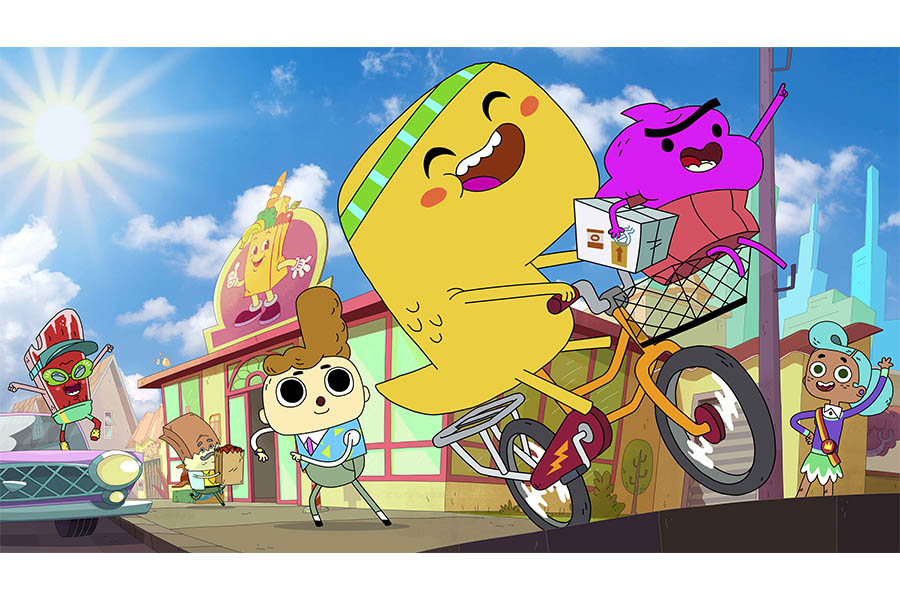 Created by Brazilian director Pedro Eboli, Cupcake & Dino: General Services is a co-production between eOne and Brazil’s award-winning animation studio Birdo Studios. The series follows the hilarious exploits of a tiny CUPCAKE with big ideas and his giant spunky brother DINO as they strive to make a name for themselves in the super competitive General Services industry. Aimed at boys and girls aged 6 – 11 years whilst also ticking that ‘kidult’ box too, this is a laugh-out-loud cartoon sitcom about two larger-than-life bros.

eOne’s Monica Candiani, EVP Content Sales, Family & Brands said, “We’re delighted to be adding world-class channel partners, Cartoon Network and Boomerang, to our growing list of broadcasters for Cupcake & Dino around the world. It’s big on heart and packed full of character and humour, so we can’t wait to share the hilarious adventures of this comedy duo with new audiences in Australia and New Zealand in the coming months.”

Series 1 and 2 of eOne’s Cupcake & Dino are currently available on Netflix globally, Pop in the UK, Dea Kids in Italy, Canada’s Teletoon, Bravokids in Korea and Disney channels in Latin America and South East Asia.

← EDUTAINMENT LICENSING FOR THE THEO THE MOUSE SHOW RAINBOW AND CLAN RTVE TOGETHER FOR 44 CATS! →