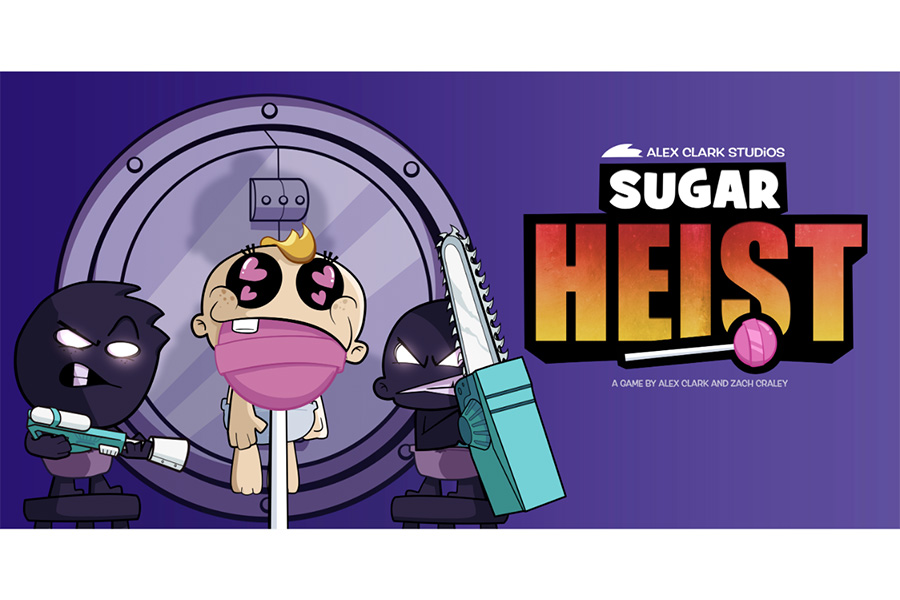 “Zach and I have been best friends since college and we get together regularly to play games with our wives. We’ve always dreamed of making our own card game, but when Zach had twins we were finally inspired to follow through. With babies on the brain we thought – What if stealing candy from babies wasn’t always easy? What if these babies could defend themselves? Since adults stealing from kids is generally frowned upon, we leveled the playing field… pitting baby against baby in a brawl for the most candy. And that’s how my baby, Sugar Heist, was born,” said Clark.

In Sugar Heist, the object of the game is to collect, trade, and steal candy cards. The game is quick to learn, family friendly, and takes 45 to 60 minutes to play. Just because these babies are cute, doesn’t mean it won’t get ugly. You can also use battle cards to unleash these pint-sized terrors — smash, bite, claw, or tickle your way to sweet victory. Whoever has the most candy at the end of the game wins.

Studio71, Clark, and Craley guarantee (in a completely non-legally binding sense) that Sugar Heist is THE BEST way to bring together family and friends — so you can betray their trust and steal from them.

If you’d like to receive special edition cards and game updates sign up here. By signing up for the Sugar Heist email list you’ll get 2 bonus Battle Cards printed in extra special shiny, metallic goodness that feature characters from the Alex Clark Universe. The foil versions of these cards are super exclusive, just for you, and won’t be available in the retail version of the game. You’ll also receive game updates and be first in line for the game when the Kickstarter campaign launches at the end of the month.

This new game continues Studio71’s reign as a key disruptor in the games industry with some of the most popular board and card games based on pop-culture IP. The company’s current Kickstarter campaign for Tapeworm with Edmund McMillen has generated over $524K with over 24 days to go. Studio71 and McMillen also saw success with The Binding of Isaac: Four Souls, which raised approximately $3 million in 30 days via Kickstarter and recently launched an exclusive line at Target. Half Truth, a strategy board game created by Jeopardy world champion and “Greatest of all Time” Ken Jennings and Magic: The Gathering creator Richard Garfield, was fully funded in just three hours and will ship to stores this summer. The company has also spearheaded successful Kickstarter campaigns for Joking Hazard, the second most funded card game on Kickstarter of all time, as well as Shady Agents and Pet Evil. Studio71 is currently working on a card game for the comic book turned hit Netflix series Umbrella Academy, which is set to launch in 2020.

← JUST BEYOND COMES ON DISNEY+ THE FEATURE ANIMATION "THE CANTERVILLE GHOST" →