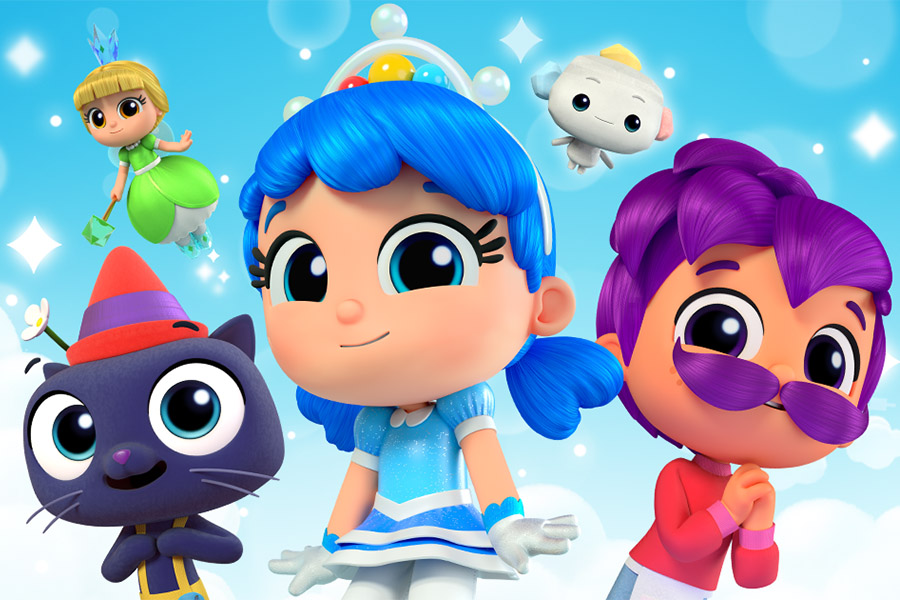 Guru Studio is pleased to share that its hit preschool series True and the Rainbow Kingdom is returning to Netflix on May 12th with TRUE: Terrific Tales – a collection of eight True-inspired classic fairy tales.

It’s the Fairy Tales you know and love, only with a spin! Through the magic of the Story Spinner, True and her friends create their own versions of Pinocchio, Little Red Riding Hood and other popular classics. The eight shorts include “Three Little Yetis”, “Grizeldalocks, “The Fishy Poof Touch”, “Little Red Riding Mila”, “Bartleochio”, “Cat and the Poofstalk”, “Rock Critter Prince” and “Rainbowella.” Each magical adventure is filled with big laughs, familiar faces and its own positive message for children.

This latest release from True and the Rainbow Kingdom comes on the heels of the successful launch of last month’s Easter special TRUE: Wuzzle Wegg Day. The show has very quickly built a dedicated global fanbase with its timely message of empowering children to be mindful, compassionate and respectful of all living things. Consumer products for True and the Rainbow Kingdom including storybooks, activity books, costumes, and plush are all available now on Amazon.

The series is produced by Guru Studio (credits: PAW Patrol, Abby Hatcher, Justin Time, The Breadwinner), based on the artwork of FriendsWithYou and is Executive Produced by world-renowned artist Pharrell Williams.