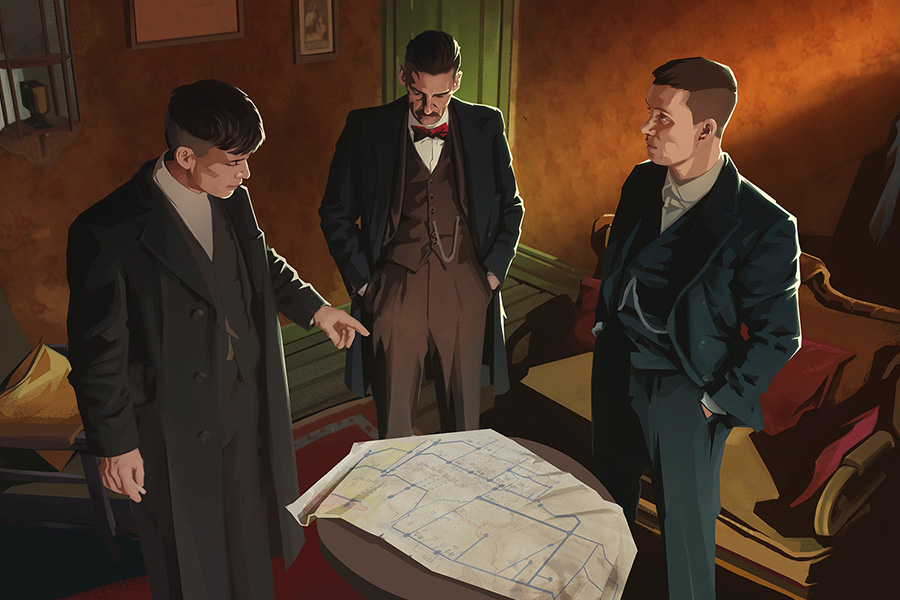 Curve Digital is both excited and proud to cast more light on its plans to bring the first game based on the award-winning Peaky Blinders, one of the most popular dramas on global TV in recent years, to PlayStation 4, Xbox One, Nintendo Switch, and PC in summer 2020.

Peaky Blinders: Mastermind is a puzzle-adventure game based on the multi-award-winning TV show where players will pull the strings, as Tommy Shelby and his gang seek to take control of the streets of Birmingham in the early 20th century.

Set right before the events of the first season, players will join the Shelby family’s criminal organisation as they discover a sinister plot to put Tommy out of business. The game taps directly into Tommy’s talent for planning complex scenarios in his head, with players forming strategies by taking control of key members of the Shelby family down on the ground.

It’s a crafty, credible, and most importantly creative take on the world of Peaky Blinders that, as James Marsden, Game Director at FuturLab explains, saw the development team use a key juncture in the series as the inspiration for the core mechanic employed in play:

“There’s a point in the show where Tommy Shelby explains he has no concern for the past, nor the future; all he cares about is a crucial moment he recalls the soldier’s minute,” details Marsden. “We designed our game around that idea, allowing the player to plan actions backward and forward in time, choreographing an ensemble cast of characters to synchronise their actions during these crucial moments. The player gets to feel like the smart and sophisticated leader that Tommy is, so we think becoming the mastermind will resonate with fans of the show and gamers alike.”

As Marsden describes, In Peaky Blinders: Mastermind, players will be able to freely set and rewind each character’s path in order to tune all of their actions for perfect coordination, tactically utilising characters and stealth to solve increasingly complex puzzles. It’s an inventive take on the series that suitably impressed publisher Curve Digital.

“We were floored by James and Kirsty’s original idea for a Peaky Blinders game,” says Simon Byron, Publishing Director, Curve Digital. “At its heart, Peaky Blinders is a story about a family, and capturing the ability to control the Shelbys simultaneously across the game’s narrative is such a smart way to bring the show to life. The mechanic they’ve created to allow players to directly control Tommy, Arthur, Polly, John, Ada and Finn across one looping timeline opens up unique gameplay possibilities, stylishly brought to life in FuturLab’s trademark gorgeous art style. It’s a game that almost defies categorisation – part action, part puzzle, part adventure, but all inventive.

“There’s often scepticism about licensed titles, so we’ve worked really hard to ensure this is a game which stands within the Peaky Blinders universe, whilst bringing something completely fresh and original. We’ve lived with the secret for a while now. It’s such a relief to be finally able to unveil Peaky Blinders: Mastermind.”

Key to the game’s development has been the involvement of those behind the source material, with Steven Knight – Peaky Blinders creator and writer – commenting: “Peaky Blinders has become more than a TV show, it has become a worldwide phenomenon.  With the launch of the Peaky Blinders: Mastermind game we are inviting you to enter that world and take part in it, live in it and take your place beside the Shelby family as they fight for their very survival.  You’re going to have to be as smart as Tommy, as tough as Arthur, as ruthless as Polly.  Good luck and remember, you really are a Peaky Blinder now.”

Anil Mistry, Endemol Shine’s Director of Gaming & E-Commerce commented, “Curve Digital and Futurlab have been excellent partners in creating an exceptional game with one of Endemol Shine’s most important IPs, Peaky Blinders.  It’s been great to be able to expand on the storyline from the TV show and see the main characters come to life in this truly compelling game.”

Jamie Glazebrook, Executive Producer at Caryn Mandabach Productions adds, “As the TV show continues to find new audiences around the world, it’s a real thrill to see Peaky Blinders brought to life as a video game, especially in a way that properly understands that the Shelbys are about brains just as much as they are about brawn. I’ve no doubt that Peaky Blinders: Mastermind will prove every bit as addictive and immersive as the series that inspired it.” 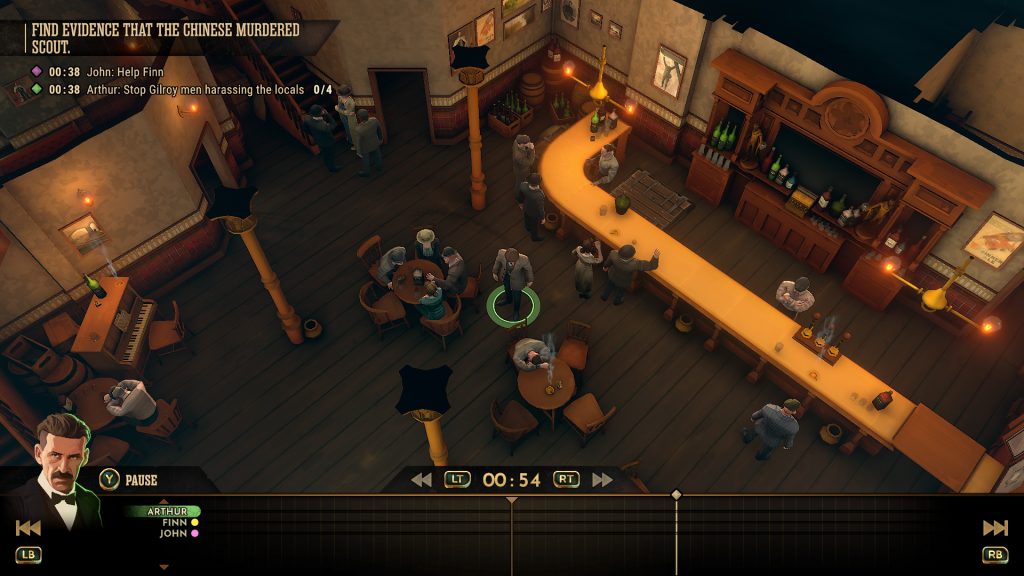 In Peaky Blinders: Mastermind players will:

FuturLab has collaborated with Feverist, the U.K. art-rock band who were involved in the soundtrack to Peaky Blinders Series 1, to create an original bespoke soundtrack for the game. They are revealing the single Reveller from the upcoming soundtrack album, as well as The Secret featured in the reveal trailer.

Peaky Blinders Season 5 is available on Netflix in the UK. The season launched on BBC One in autumn 2019 to its highest ratings yet.

Endemol Shine Group represents a range of global ancillary rights for Peaky Blinders which is distributed by Endemol Shine across more than 180 countries.

Peaky Blinders: Mastermind will launch on PlayStation 4, Xbox One, Nintendo Switch, and PC (store.steampowered.com/app/1013310/Peaky_Blinders_Mastermind) later in 2020.