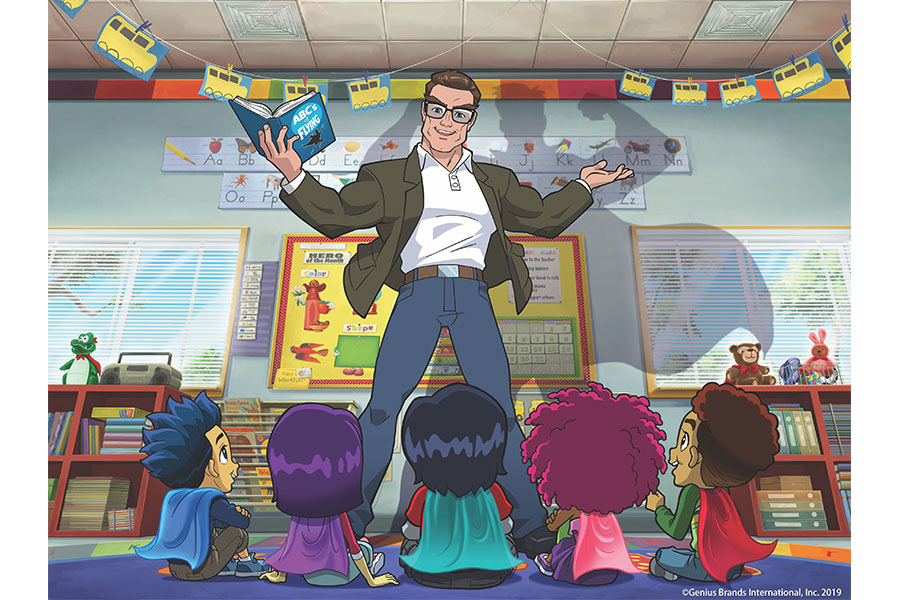 Genius Brands’ Chairman & CEO Andy Heyward stated: “With Amazon Prime in the U.S. and Alibaba in China, we are very excited to launch on these two premiere platforms in the two largest territories in the world.”

“Years ago, Stan Lee and I spoke of such a project, and I’m excited to finally bring great storytelling to kids around the world, which will also promote lessons of health, exercise, fitness, and anti-bullying,” commented Arnold Schwarzenegger.

“We are gathering steam with our latest tentpole series, Stan Lee’s Superhero Kindergarten, and are thrilled to have two of the top digital streaming partners worldwide, Amazon and Alibaba, on board as launch partners, reaching a potential global audience of hundreds of millions, as well as the talents of Arnold and the genius that was Stan,” added Heyward. “In an ever-changing children’s media landscape and current viewing patterns of children around the globe, our strategy is to offer this dynamic series where kids predominantly go to find their entertainment now. We know we have a hit on our hands and cannot wait to share it with kids everywhere.”