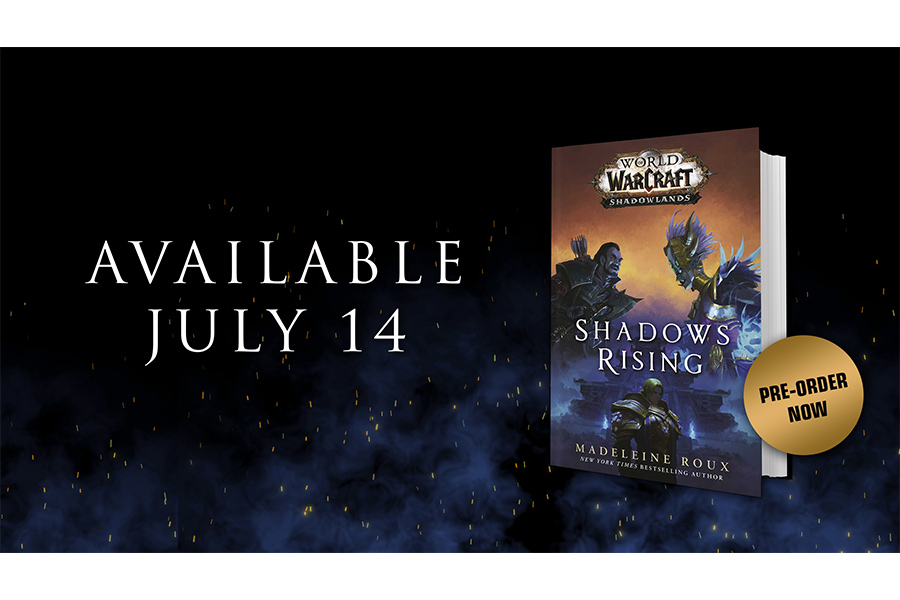 The prequel novel to World of Warcraft’s, Shadows Rising is now available from July 14, 2020

Penned by New York Times bestselling author Madeleine Roux, Shadows Rising is the next epic tale in the World of Warcraft novel series and takes place during the aftermath of Sylvanas Windrunner’s betrayal of the Horde. The prequel novel was releases on July 14, 2020.

“The Horde is nothing!” With those infamous words, Sylvanas Windrunner betrayed and abandoned the Horde she vowed to serve. The Dark Lady and her forces now work in the shadows as both the Horde and Alliance, including her own sister, Alleria, race to uncover her next move. Struggling to shoulder the crushing weight of leadership, King Anduin entrusts the void elf and High Exarch Turalyon to uncover Sylvanas’s whereabouts.

The Horde now stands at a crossroads. The various factions form a council, leaving the mantle of warchief to rest. Thrall, Lor’themar Theron, Baine Bloodhoof, First Arcanist Thalyssra, and many other familiar faces rise to this new challenge. But the threats are numerous, and the distrust runs too deep.

When the council is derailed by a failed assassination attempt on Talanji—the Zandalari queen and a key ally—Thrall and the rest of the Horde leaders are forced into action. They empower the young troll shaman Zekhan, still grieving the loss of Varok Saurfang, with a critical mission to aid Talanji and help uncover the rising threat against her.

Meanwhile, Nathanos Blightcaller and Sira Moonwarden have been tasked by the Dark Lady with a terrifying gambit: to kill the troll loa of death himself, Bwonsamdi.

As Zekhan and Talanji work to save Bwonsamdi, their journey will be a key turning point in bolstering the Horde against the coming darkness and finding themselves along the way. Failure to save their allies and the trickster god will surely doom them—but through success, they may rediscover what makes the Horde strong.