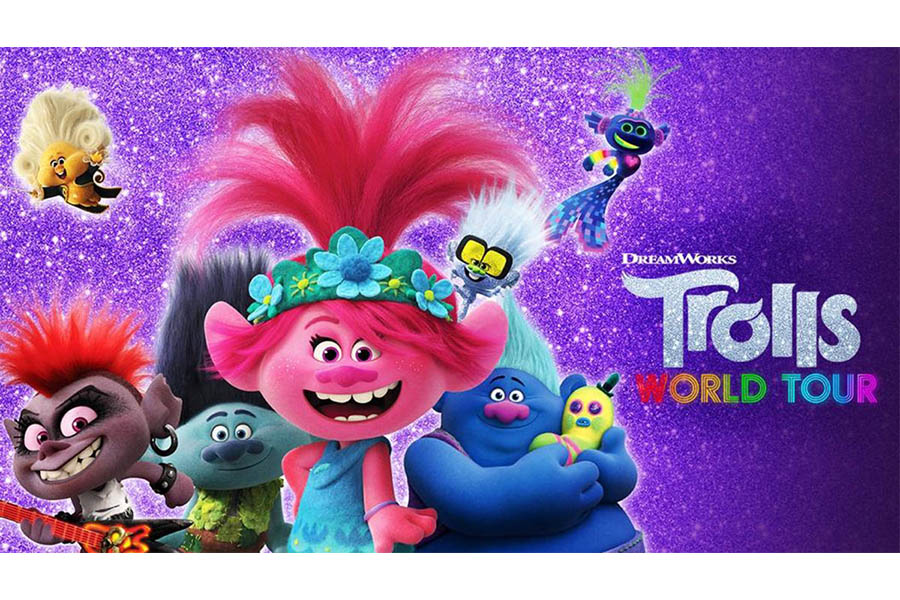 After the great success of 2016, the most colorful and singing characters of all time, the Trolls, are back protagonists of a fantastic adventure in Trolls World Tour, the new animated musical by DreamWorks Animation arrived in Italy with Universal Pictures on April 10 in first view on demand available on digital platforms Sky Premium, Apple TV, Chili, Google Play, Rakuten TV, Tim Vision and Mediaset Play.

The quiet and carefree life of the Trolls is interrupted by the discovery of the existence of six tribes of Trolls scattered in different lands, each dedicated to a musical genre: Funk, Country, Techno, Classical, Pop and Rock. Their world is about to become much bigger and much louder, but some people don’t like this idea at all… Barb, the queen of the kingdom of Rock, wants to destroy all the other genres in order to bring them together in a single world where they all sing the same way. Poppy and Branch with the help of old and new friends will try to bring harmony to all the lands. Will our protagonists succeed in making Barb understand that diversity is not synonymous with conflict but an opportunity to know something new and important?

To accompany the audience in this incredible adventure, where music is the absolute protagonist, the voices of young Italian musicians and singers Francesca Michielin, Stash, Elodie, Sergio Sylvestre but also an exceptional partner, Yamaha Music Europe – Italy, leader in the music industry characterized by a strong universe of values that the brand transmits for over 130 years.

For the release of TROLLS WORLD TOUR, YAMAHA MUSIC EUROPE – ITALY, in particular the educational division Yamaha Music School, has signed a collaboration with Universal Pictures in the name of music and based on the common values of the brand and the film: positivity, love for music and the importance of developing one’s own creativity, fundamental values for the growth of the younger generations in a particular moment like the present one.

Everything revolves around the Vincicontrolls.it website, aimed at encouraging users to interact in a playful way, to choose their own type of music and to create their own content suggested by the different music genres in the film. The competition, valid from 9 April to 31 May, is open to everyone and has 3 levels of access.

The videos of Yamaha school students will be an example for all those who want to participate in phase 3 of the competition.

The activity is communicated with a capillary activity of Yamaha schools (with their own digital and distance learning instruments), with a social campaign and with a network of ambassadors and influencers.

Yamaha comments, “With great enthusiasm we took the opportunity to collaborate with Universal Pictures for the release of the film Trolls World Tour. It is always a pleasure to share the values on which Yamaha’s spirit and philosophy is based with realities that live art every day, just like us. Involving students from Yamaha schools has made this experience even more unique and important. Our young students had fun playing troll songs, giving off joy and magic!“