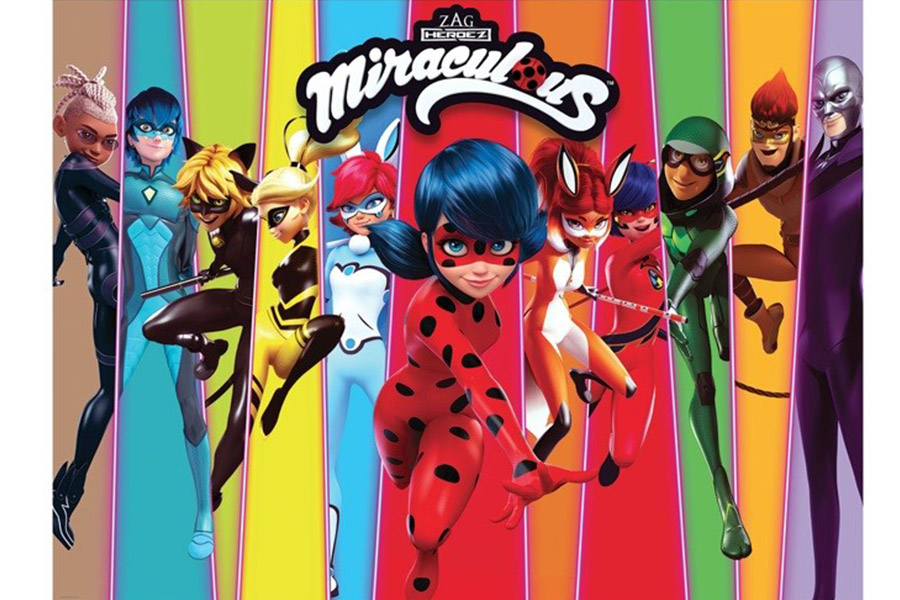 The success of Miraculous Ladybug continues, whose licensing rights in Italy are managed by Planeta Junior

In Italy, Miraculous Ladybug remains one of the top five most-followed brands for the 6-9-year-old kids’ target, with a propensity to purchase licensed products that exceed 70%. (cit. Licensing Talks 2020).

The enormous success of the property is due both to the great visibility on TV and to the many licensing partners on board.

As for the Toy category, the big news is Playmates Toys, the new Master Toy Licensee, while Bandai, the third-largest toy manufacturer in the world, will be the official distributor in Italy and is supposed to launch the Distribution along with Spring time. The new line of toys, signed Playmates, will also be on the shelves starting from Autumn 2020. New games, new dolls and playsets will be the real goal of the Christmas 2020 campaign. Consolidated partners such as Clementoni, Lisciani, Dinobikes will also continue to be on board.

Many partnerships in the field of soft lines and accessories and personal care are on the way thanks to Sun City, Sabor, Perletti, Coriex, Joytoy and Sodico.

In the publishing industry, Miraculous has numerous collaborations as well, including Dea Planeta Libri and Panini: the Modena-based company, in particular, launched its first sticker album at the beginning of February 2020, while it continues to distribute the monthly magazine at the kiosks.

Miraculous will also be the protagonist of the upcoming Easter thanks to its partnership with Ferrero, which will launch chocolate eggs, and with Paluani for its seasonal baked goods.

San Carlo also continues to be among the privileged Licensees of this property with two product launches for 2020: Salty Chips, Single and Multipack.

In the confectionery field, the partner with Walcor continues, a well-known historical Cremonese chocolate company.

In Italy, the third high awaited season of the animated series will be aired on SUPER! in Autumn 2020. Last week, on March 18th, the kids channel included a special episode of Miraculous, “The Day of Heroes”, on the occasion of the celebration of its 8th birthday.

In addition, on March 29th, SUPER TV channel will dedicate an additional 2-hour special programming in addition to the usual programming, with a double appointment in the morning and in the evening. Actually, this channel reaches 3.2 million children every day, and in the last year, more than 80% of Italian kids followed the channel.

Beyond television, it’s possible to enjoy Ladybug and Chat Noir’s adventures also the leading Italian theme park Leolandia, with the new show “Miraculous, Let’s celebrate our Heroes”, where the two heroes will come to life through costume characters to involve the target children and families until January 2021.

Furthemore it is possible to live the adventure of Ladybug and Chat Noir thanks to the costume character of Warm Up in their events.