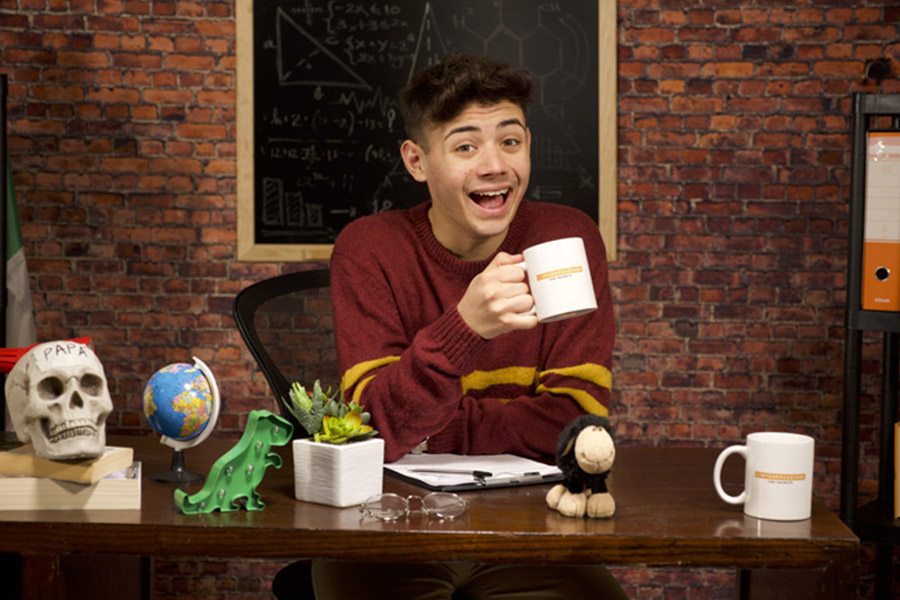 From Sunday, March 22 returns “L’interrogazione con Vagnato”, the very bad format whose first season saw Gabriele welcome on the most uncomfortable chair in Italy 10 (but a ‘worth double) unlucky stars of the TV screen or desktop of the boys’ computers. A season followed by almost 5 million people!

Another 10 episodes are ready, even more cynical than ever… After all, “The idea of the question was born from the memory of school questions, those in which the teacher asked the questions and you had not studied” says Gabriele. Each guest is the questioned one while Gabriele Vagnato is the naughty and irreverent professor of our nightmares, assisted by the producer and co-author Alessio Russo.

Among the guests of the new season we find some of the most famous youtubers, instagrammers and tiktokers of the Italian web, but not only: also djs, singers and actors.

To put them in even more difficulty come other characters from the school world: the sexy teacher, played by Jessica Brugali (more than 5 million followers on Tik Tok), the janitor Ceskiello and the ever-present Cris Brave who is reconfirmed with “La domanda di Cris Brave” so loved by the audience at home. If in the first season it was Prof. Vagnato who gave the grade, this year it is the home audience called to this funny task.

The second season was scheduled for late spring 2020, but given the situation that the Italians are experiencing, “We have anticipated the episodes to keep company with the people forced at home,” says Gabriele. And we are sure it will be more followed than ever.