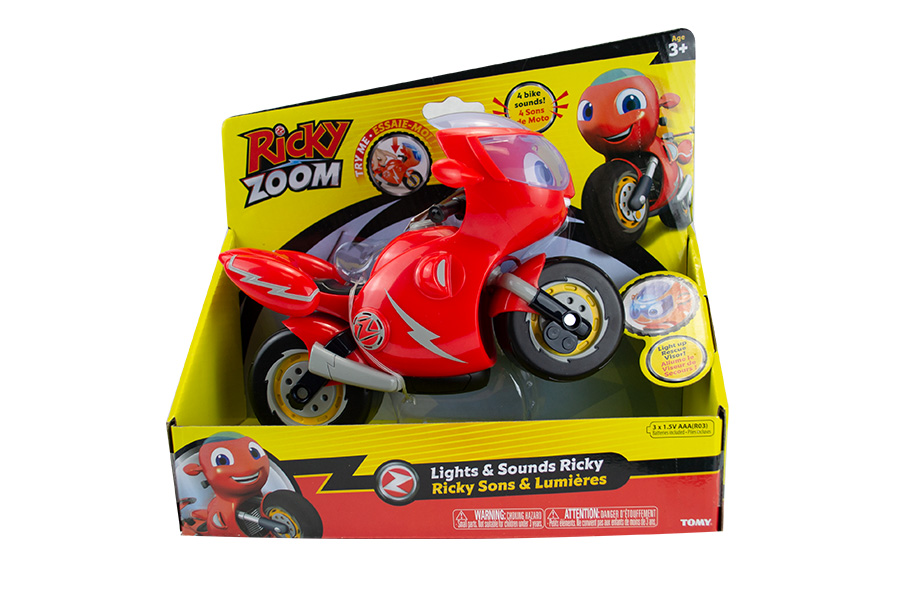 Entertainment One (eOne) shares details of new distribution deals and toy partners that will drive growth for its acclaimed portfolio of preschool properties as the licensor heads to Abrin Toy Fair in São Paulo, Brazil where they will be exhibiting from 8th-11th March 2020.

eOne has appointed Sunny as master toy distributor for both Peppa Pig and Ricky Zoom in the Brazil. Sunny will bring Peppa’s best-selling toy lines to retail from second quarter of the year including Peppa Pig’s house, vehicles and figurines alongside new playsets such as the Ice Cream Van and Shopping Mall. Sunny is also on board to distribute TOMY’s core collection of Ricky Zoom toys and playsets focused on core characters, Ricky and his Bike Buddies. The range will debut at Abrin Toy Fair in March 2020 before heading to retail in Brazil from May 2020 followed by a launch in Mexico in the second half of 2020.

Candide will be adding a new line of vehicles to the latest PJ Masks toy range that debuts at retail for second quarter of the year and other new launches from current licensees include Elka, which will be launching a new 20cm vinyl Catboy figurine and Grow which will be producing new PJ Masks puzzles for Brazil.

Peppa Pig is a top rated show on Discovery Kids Lat Am where it airs throughout the region alongside FTA platforms TV Cultura in Brazil and Televisa in Mexico. New episodes from series 8 have been rolling out across the region with a pipeline of new content scheduled throughout 2020. Series 3 of PJ Masks continues to bring fresh episodes to its many fans with series 4 poised to launch from 20th November 2020 on Disney Junior. eOne’s newest TV property, Ricky Zoom, launched on Discovery Kids Lat Am September 2019 to strong ratings with new episodes dropping throughout 2020 including an Easter special in April 2020 and news of a second series in production.

“Our properties are going from strength to strength in South America and we’re delighted to welcome Sunny as new toy distributor, to further expand our presence in the region,” said eOne’s Murilo Hinojosa, VP Licensing – LatAm, Family & Brands. “A year-long schedule of new episodes, events and digital engagement will bolster our licensing strategy and we look forward to giving visitors to Abrin Toy Fair an insight into our plans for 2020 and beyond.”