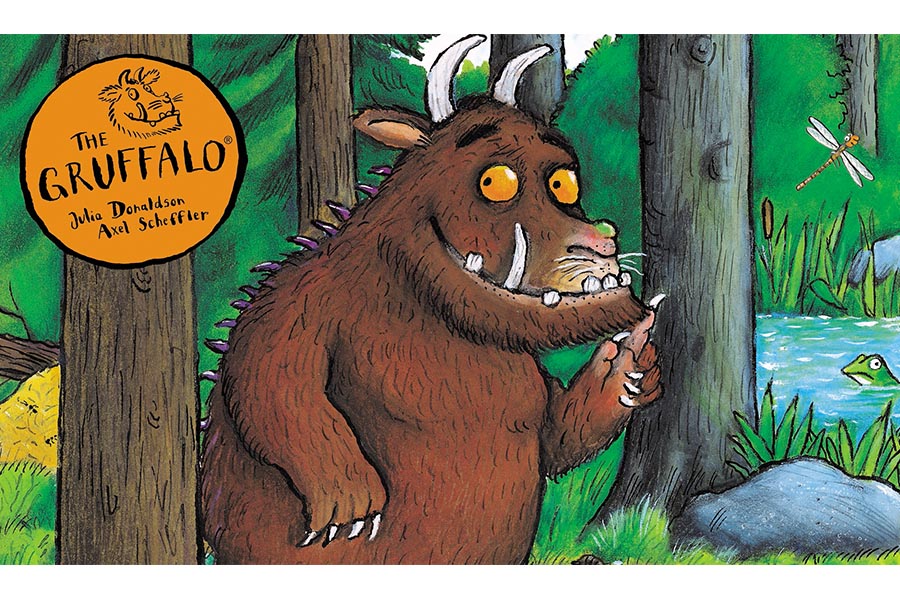 THREE VIEWS OF AN ASTOUNDING PROPERTY

In late 2019 Mondo TV, one of the largest European producers and distributors of animated content, was appointed by Magic Light Pictures as licensing agent in Italy, Spain and Portugal for the classic Julia Donaldson and Axel Scheffler creation.

Magic Light Pictures is a four-time Oscar-nominated and award winning brand-building company with a strong background in production, creating rich and imaginative experiences for families worldwide. Carefully managed by Magic Light over the past 10 years, The Gruffalo has become an evergreen property, winning five licensing awards and over 30 nominations.

A now classic tale of how a tiny mouse outwits a creature set on eating him, The Gruffalo was initially published in 1999 in the United Kingdom by Macmillan Children’s Books. It has gone on to sell over 26 million copies across multiple formats in 86 languages.

We had the good fortune to bring together three of the companies behind the success of Julia Donaldson and Axel Scheffler’s evergreen creation, and we asked them to tell us something about their role in bringing this enormously popular story – and property – to an international audience.

Licensing Magazine: Julia Donaldson has always been a popular children’s writer. Why do you think this is?

Stephanie Barton, Publisher at Macmillan Children’s Books: One of the reasons I think children love the books is that, together, Julia’s stories and Axel’s pictures weave a spell so complete that no child can resist. The plots are terrific and the characters are unforgettable, all brought to life with Axel‘s unique and witty illustrations; the writing is rhythmic, rhyming and cleverly repetitious; and the child’s immersion is total as he or she anticipates what will happen in the story, and thrills in the denouement.

Licensing Magazine: What qualities makes the Gruffalo the most successful title in her portfolio?

Stephanie Barton, Macmillan Children’s Books: The Gruffalo is one of the world’s best-loved monsters and the book has become a modern classic since it was created by Julia and Axel some two decades ago. The deep dark wood is an irresistible topsy-turvy world in which the Gruffalo, a made-up monster, turns out to be real and the tiny clever mouse, with a range of inspired tricks to avoid danger, wins the day. Brilliantly told and wonderfully illustrated, it’s a David and Goliath story of the first order.

There is a unique alchemy between Julia’s creation of story and characters through words and Axel’s creation of the world through illustration. The Gruffalo may be the best-known example of their work but in many of their books there is some calamity, mild peril, clever quick-wittedness and bravery.

Licensing Magazine: What sort of sales figures has the Gruffalo achieved to date?

Licensing Magazine: Is it now a long-term steady seller? Does it receive a boost from anniversaries, TV specials and touring shows?

Stephanie Barton, Macmillan Children’s Books: Yes. 2019 was the 20th anniversary of the first publication. We published a special anniversary edition of the book and the birthday gave us a chance to celebrate with all our stakeholders and to thank them for their support, as well as creating news around the brand. It is now over 10 years since the film was first shown and the Gruffalo world goes from strength to strength across a wide range of activities. The play tours regularly in the UK and internationally, playing to thousands of children and families.

Licensing Magazine: How many book formats are available? How do the book’s characters and themes lend themselves to different book formats (like puppet books, sticker books, nature books, activity books sound books etc)?

Stephanie Barton, Macmillan Children’s Books: We work in collaboration with Julia and Axel and always stay true to the story and the characters when we develop new books; we look for authenticity, playful ideas and interactivity to reach new and wider audiences beyond the original book so, for example, the deep dark wood and the natural world setting is an important part of The Gruffalo and this works beautifully in our Nature Explorers and Activity book series. And who wouldn’t want a sound book with a scary Gruffalo growl?

Licensing Magazine: What approach did you take to translating the Gruffalo to the screen? Why do you think it has enjoyed consistent popularity as a Christmas broadcast?

Daryl Shute, Brand Director, Magic Light: For us it was always crucial to stay true to the original text written by Julia Donaldson and a faithful adaptation was what we set out the make from the start. Finding a way to translate Axel Scheffler’s 2D animations for the screen was a different challenge. It was really important to us to maintain the distinctive charm of the illustrated world, but we knew the world had to be 3D, so finding an original way to do that took time. In the end we built 3D sets of the deep dark wood, filming through them, and layered the CGI characters on afterwards.

Securing the Christmas Day slot on BBC One in the UK was hugely important in establishing the film as a festive tradition for families around the country. Every year as our new adaptations come to screen we’re delighted that all of the titles are re-broadcast and the catalogue can be enjoyed by families all over the world.

Licensing Magazine: How soon after the Gruffalo became a successful property in the UK did it begin to extend into other markets?

Daryl Shute, Magic Light: The film was broadcast across Europe, Australia and other territories through 2010, coming to Germany on ZDF that Christmas. Small offerings of licensed product followed and deals were made with North America and Australia among others. The films have now been broadcast in 180 countries and there are over 80 licensees globally. Our view for the property has always been long term and, with an established and admired brand in the UK, wider European markets are really beginning to flourish.

Licensing Magazine: Why do you think the Gruffalo has become an evergreen property?

Daryl Shute, Magic Light: The Gruffalo is such a unique character, in name and form, that he really stands out in the crowded licensing market place. The character is loved by parents, grandparents and teachers as well as by children, and so many families have a very personal, nostalgic connection to the story. That well-established nostalgia helps the brand to maintain its importance in people’s lives and builds their desire to add to their Gruffalo collection!

Licensing Magazine: Given its enormous success to date what is the potential of this property to expand its success in licensing?

Daryl Shute, Magic Light: If you had told me ten years ago that the Gruffalo would have its own theme park ride I wouldn’t have believed it, yet here we are. Three attractions at Merlin locations, over 80 global licensees, an Oscar-nominated film in 180 countries – the success and growth continues to delight me. We are committed to bringing Gruffalo joy to children for years to come and have plans for new licensees, new categories and a widening international distribution. I’m excited to see how The Gruffalo develops and grows worldwide!

Licensing Magazine: How well known is the Gruffalo in Italy, Spain and Portugal? How are you planning to grow that presence?

Valentina La Macchia, Licensing Director at Mondo TV (sub-agent Italy & Iberia): The Gruffalo is one of the books best-loved by children and their parents in Italy and Iberia (Spain and Portugal). Since the 1999 launch in Italy the publisher Edizioni Emme has sold over 800,000 copies and the numbers are continuously growing. Further underlining this success they have recently included The Gruffalo as the first title of 30 titles planned for the Emme Edizioni collection, “Albumini”, in partnership with the two historical newspapers, the Corriere della Sera and the Gazzetta dello Sport.

In Iberia most of the English lessons at school use The Gruffalo and the Spanish publisher Bruno is working on many initiatives to further engage kids and families in the story of The Gruffalo. Of course the animated feature film, shown in Italy on Rai YoYo, has great ratings every time it is on air. If you’ve missed the animation so far, it’s also on Amazon Prime both in Italy and Iberia.

In this region, at the moment, awareness is largely limited to the publishing program and the audience know the Gruffalo mainly as the title character. However, looking at the success of the licensing program outside of the territories Mondo TV represents, we saw a huge potential to translate the world of The Gruffalo into consumer products. We’ve now seen the first market feedbacks and demand for licensed products is definitely out there. We are planning to grow the market presence of the brand working together with regional publishers and support the presence of books in store with special retail promotions that will embrace different categories.

Licensing Magazine: Which categories will you be targeting for the initial stages of this licensing campaign?

Valentina La Macchia, Mondo TV: To begin with, we will be focusing on toys, arts and crafts, audio stories, apparel and fashion accessories. We are looking for licensees committed to developing high-quality products and able to target selected retailers where The Gruffalo’s world fits perfectly. Over the coming year we will grow the roll-out plan to other categories such as confectionery, gifts and novelties, and housewares.

Licensing Magazine: Are promotional initiatives and brand partnerships also part of your planning? Which areas do you think would be promising?

Valentina La Macchia, Mondo TV: We will of course strengthen cooperation with local publishers; among our main priorities are finalizing with publishers promotional initiatives for bookstores. Consumers are very familiar with The Gruffalo book; we have to make them aware of the fact that a whole world around this character is available outside the pages of that story. We also believe in brand partnership especially in the fashion category and we are already working on it. Stay tuned!

Licensing Magazine: What are your plans for the brand at the licensing trade fairs?

Valentina La Macchia, Mondo TV: This is the first time the brand has really been promoted in the Italian licensing market and we are extremely enthusiastic about offering licensees the possibility to differentiate their products with a modern classic, one that truly stands out among the many children’s properties now on the market. We hope many of them will decide to take a walk in the forest and become part of the story. 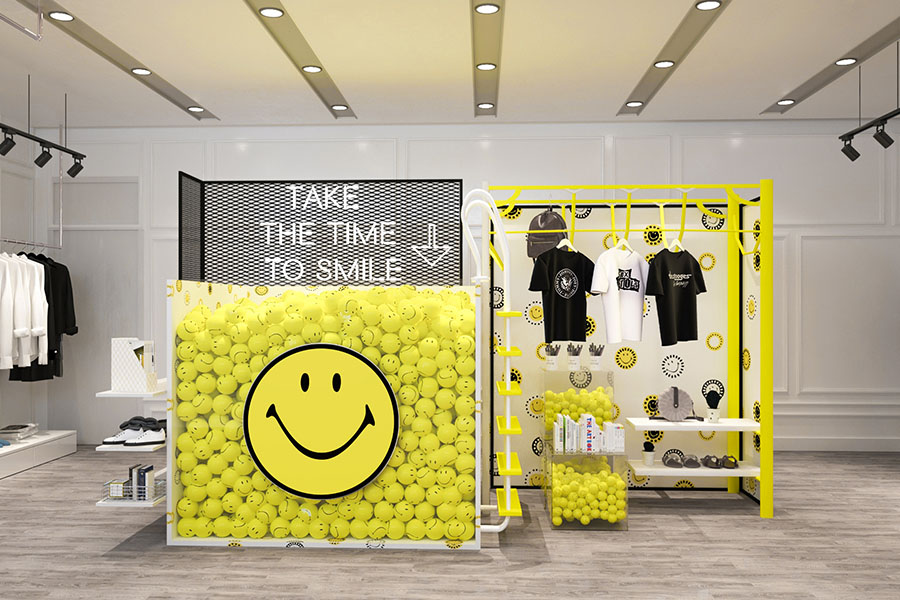