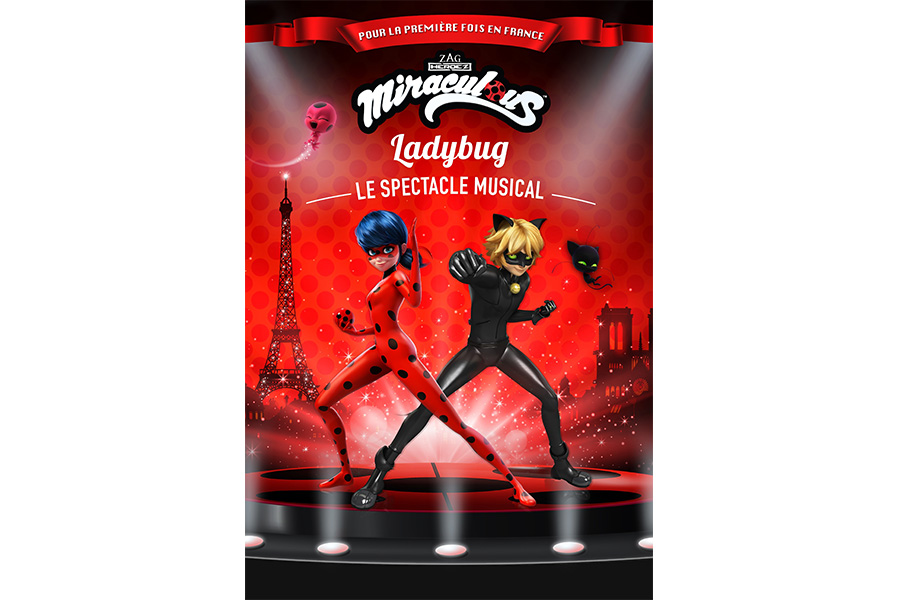 Tags from the story: Miraculous.

TF1 Spectacle is happy to be a partner of the “Miraculous Ladybug: le spectacle musical” tour from October 14th in France!

To the delight of all, the characters of the world phenomenon Miraculous: Ladybug and Black Cat come to life in an exceptional musical show.

The audience is treated to a brand new adventure in the heart of Paris where Marinette and Adrien, two teenagers surrounded by their friends, live.

The big day is approaching, everyone gets organized to celebrate Marinette’s birthday, but the terrible shadow of Papillon falls on the heroes! Through spectacular fights, Ladybug and Black Cat must face their worst enemy. For the first time, find your favourite duo and more than 30 characters on stage, including Chloé, Sabrina and Alya, in a whirlwind of magic and aerial acts.

This show is based on the famous series by Zag Animation, which fascinates millions of children around the world. Followed and adored in 120 countries, it is recorded audience records on TF1 in France.

The musical show was created with the exceptional contribution of the French producer of the series Jeremy Zag who actively participated in the development of the script, dialogues and new songs composed especially for the stage.

Miraculous is a family show which, after a triumphant premiere in Madrid, will be on tour in France and around the world.