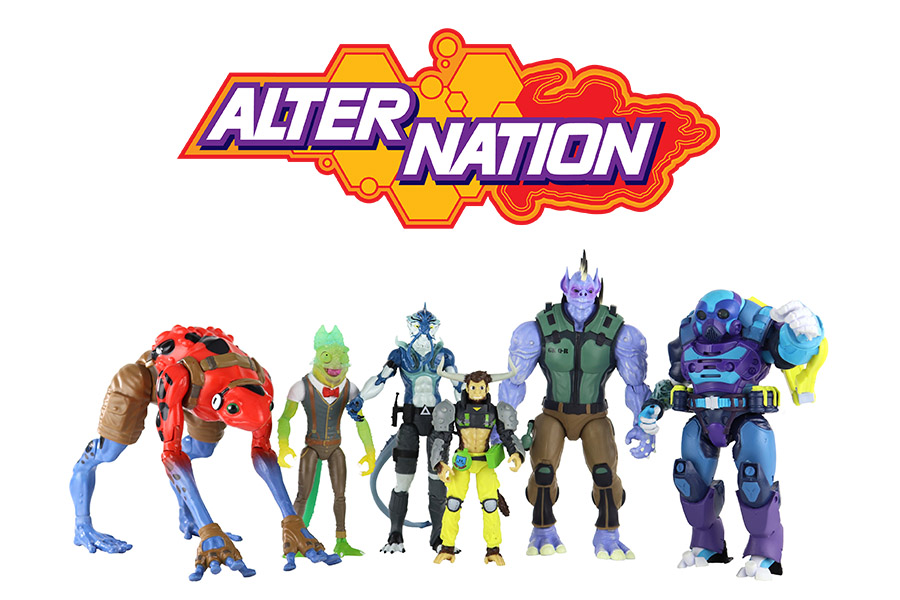 At last Toy Fair NY Panda Mony Toy Brands launched a brand new toy line, Alter Nation. Alter Nation is a series of warriors, set in a new dimension. The action figures are very well detailed and each of them has weapons and additional accessories that enhance the strength of this new IP. Kids can’t wait to collect them all.

Behind Alter Nation toys, Panda Mony has built a fantastic story that will help the brand to grow and to create loyalty among its young fanbase. Off the California coast, on a top-secret island base, teenage human-animal hybrids dedicate themselves to protecting humanity from forces that no typical human can defeat – and no one is allowed to know. Products of the mysterious GK Program run by Dr. Kim Mera, the members of GK Delta are trained by Naval Commander Ezra Stone to be a super-powered strike team. But everything the team knows about their origins is a lie. As their suspicions grow they must decide if they can trust the people running the program and each other all while battling cybernetic super soldiers and other rogue hybrids!

Formed in 2017, Panda Mony Toy Brands, LLC’s goal is to become a leader in children’s entertainment through the manufacture of toys and by licensing their original character brands to film, publishing, and animation studios. Panda Mony is guided by respect for kids and embraces the freedom of childhood. Panda Mony creates new and fun entertainment brands because they believe that each generation of children deserves something of their own. Panda Mony respects a child’s intelligence, eschew indoctrination, and encourages self-discovery. The company encourages healthy physical and psychological development and time spent between kids and their guardians.