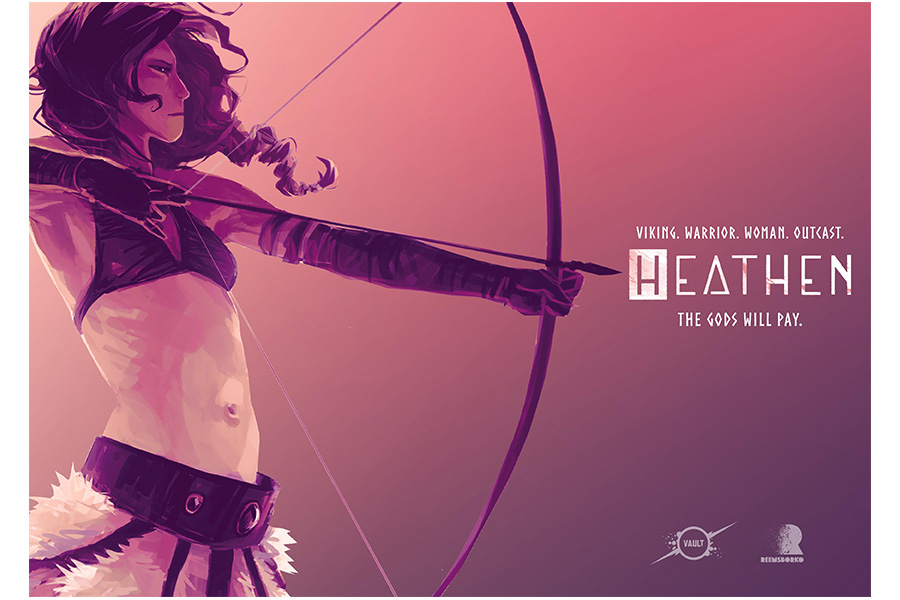 REEMSBORKO LTD AS THE GLOBAL AGENT FOR HEATHEN

Vault Comics has appointed Reemsborko Ltd as the global agent for Heathen, the critically acclaimed and best-selling graphic novel series

Vault Comics, the US publisher, has appointed Reemsborko Ltd as the global agent for Heathen, the critically acclaimed and best-selling graphic novel series.

Heathen tells the story of Aydis, a Viking, a warrior, an outcast, and a self-proclaimed heathen. Aydis is friend to the talking horse Saga, rescuer of the immortal Valkyrie Brynhild, and a battler of gods and fantastic monsters. Aydis is a woman. Born into a time of warfare, suffering, and subjugation of women, she is on a mission to end the oppressive reign of the god-king Odin.

Heathen is currently in pre-production as a major film release from Constantin and visionary director Catherine Hardwicke (Twilight).

Max Arguile of Reemsborko commented, “I have read comics all my life and am a bit fussy about what to follow, but I love Heathen—this is a great narrative with interesting characters, plenty of action and of course, gorgeous artwork. Viking mythology is still popular for a reason—like all great stories, they change and are retold for every generation and in Aydis, Natasha Alterici has created an inspirational warrior for our times, the kind of character that has been all too rare in popular culture. Don’t let the politicians and pundits make you think that feminism is a dirty word, because it isn’t. We need Aydis in our lives.”

Adrian Wassel of Vault commented, “Natasha Alterici has done the (all but) impossible: she’s created a hero who brings different audiences together. Aydis never gives up. She fights for everyone. It’s her secret weapon—a simple one, but so effectively told, weaving grand myths with fragile emotions. Aydis battles the gods themselves to protect love, and when she dons her antlered helmet, you feel her triumph and bravery. No matter where Heathen ventures, the page, the screen, Aydis finds new fans. We’re thrilled to have Reemsborko carry Heathen to new heights.”