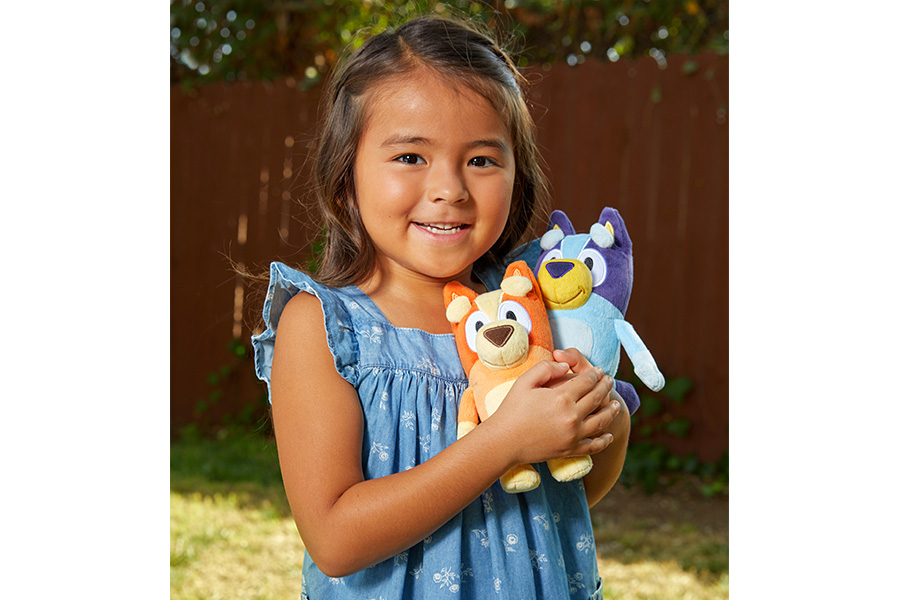 Tags from the story: “Down Under”, Ludo Studio, Moose Toys.

Moose Toys, an Australia-based toy company known for its best-in-class products, is introducing the first ever collection of Bluey toys based on the smash-hit series from “Down Under” that has won over U.S. audiences since its fall 2019 premiere. The new toy collection arrives at retail beginning August 1, 2020. Created by Ludo Studio and brought stateside by BBC Studios, Bluey airs in the U.S. on Disney+, Disney Channel, and Disney Junior. Moose Toys’ first series of Bluey toys was presented at 2020 Toy Fair New York, February 22-25, 2020, Javits Convention Center, Stand #2535.

Bluey arrived stateside with an impressive pedigree. It was Australia’s No. 1 children’s television series of 2019, peaking at the top spot on the iTunes children’s chart, and the No. 1 program ever on Australia’s ABC iview. The debut line of Bluey toys was also a sellout success last year in Australia. Moose brings Bluey to life for American children through a collection of play sets, figures, plush characters, and accessories featuring Chilli (Mum), Bandit (Dad), and Bingo (Sister). The toys were designed to inspire kids and families to recreate their favorite moments from the popular show at home. To learn more about the highly anticipated line, visit moosetoys.com.

“Bluey has been a breakout hit everywhere for portraying the fun, and often funny, day-to-day life of real families,” said Suzy Raia, VP Consumer Products and Business Development, BBC Studios. “We couldn’t have picked a better partner to launch the Bluey consumer products program in the U.S. than Moose Toys. The new toys will extend all the Bluey fun beyond the screen and invigorate the imagination of children.”

“After the phenomenal success of Bluey in Australia, we can’t wait to introduce Bluey toys to U.S. families later this year,” said Paul Solomon, co-owner, Moose Toys. “Our Bluey collection celebrates everyday family life and encourages imagination and discovery through play. Moose is a family-owned company headquartered in Australia, and we share a lot of the same core values as Bluey. As fellow Aussies, we are in a unique position to bring the magic of the show to life in toys.”

Bluey follows the adventures of a lovable and inexhaustible 6-year-old Blue Heeler puppy who lives with her dad, mom, and 4-year-old little sister, Bingo. In every episode, Bluey uses her limitless Blue Heeler energy to play elaborate games that unfold in unpredictable and hilarious ways, bringing her family and the whole neighborhood into her world of fun.

Bluey is produced by the Emmy® Award-winning Ludo Studio for ABC KIDS (Australia) and is co-commissioned by ABC Children’s and BBC Studios. Financed in association with Screen Australia, Bluey is proudly 100% created, written, animated and post produced in Brisbane Queensland, Australia, with funding from The Queensland Government through Screen Queensland and the Australian Government.