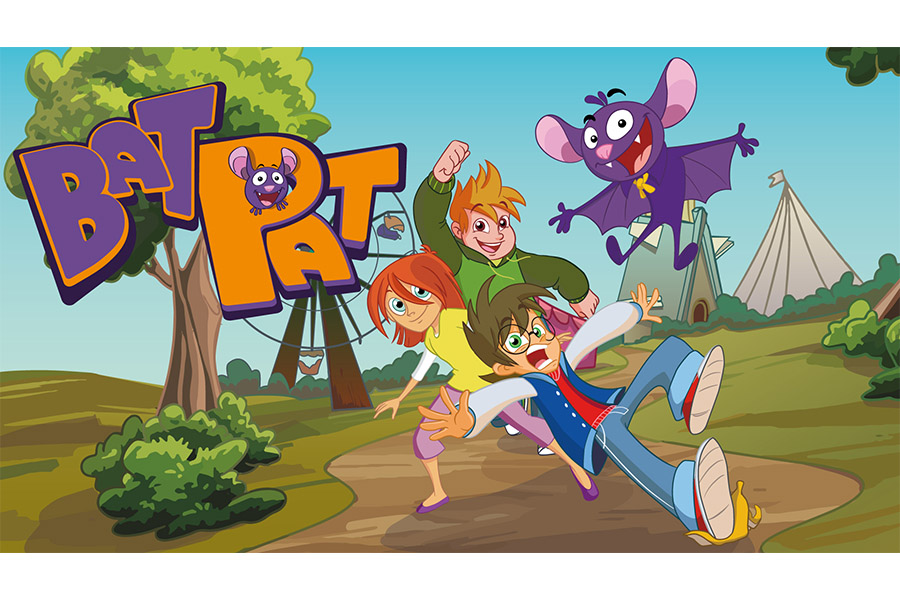 The animated adventure series “Bat Pat”, comic and scary at the same time, lands in the Basque Country, North America and Latin America

Bat Pat will make its debut in the Basque Country on February 24, where the 104 episodes of the two seasons of the series will be broadcast on free TV, thanks to the agreement between TVE co-producer, the Spanish public TV production partner, and Basque TV EiTB-EUSKALTELTELEBISTA-TELEVISION VASCA. S.A, while Atlantyca has granted VOD rights to the online and streaming apps of Hiru3 and EITB.

With four national TV channels, EiTB is the leading Media Group in the Basque Country. In addition to the Basque Country, its channels are visible in the neighbouring territories, Navarre and the Atlantic Pyrenees (Basque area in France).

Bat Pat’s award-winning books have been a huge success in the Basque Country with over 83,000 copies sold, a record number in children’s books in this language. Published by Mezulari, of Grupo de Comunicacion Loyola, Bat Pat will see the release of the fortieth book in the series in 2020!

The animated series Bat Pat tells the scary yet comic adventures of Bat Pat, an incredible talking bat, and his friends Martin, Leo and Rebecca Silver, three intrepid kids who are passionate about the supernatural. Fogville, their small town, seems to be a magnet for all the bizarre and mysterious events. Is there something creepy in the library? Red-eyed monsters under the bed? Weird screams in the middle of the night? Don’t worry, Bat Pat and the Silver Brothers are always ready to jump into the next adventure, no matter how scary it is! Our heroes will discover that the supernatural inhabitants of Fogville really don’t want to hurt anyone. In fact, all they want is… help!

The first season of the series, produced by Atlantyca with the participation of Rai Fiction and RTVE, has been sold in more than 100 countries including Italy, Spain, USA, UK, Benelux, Sweden, Lithuania, Singapore, Sri Lanka, India, Middle East where it’s getting good results.

Recently, Atlantyca launched the second season of the series, with 52 completely new episodes that are even scarier and funnier. The second season is co-produced with Mondo TV Producciones Canarias with the participation of Rai Ragazzi and TVE.