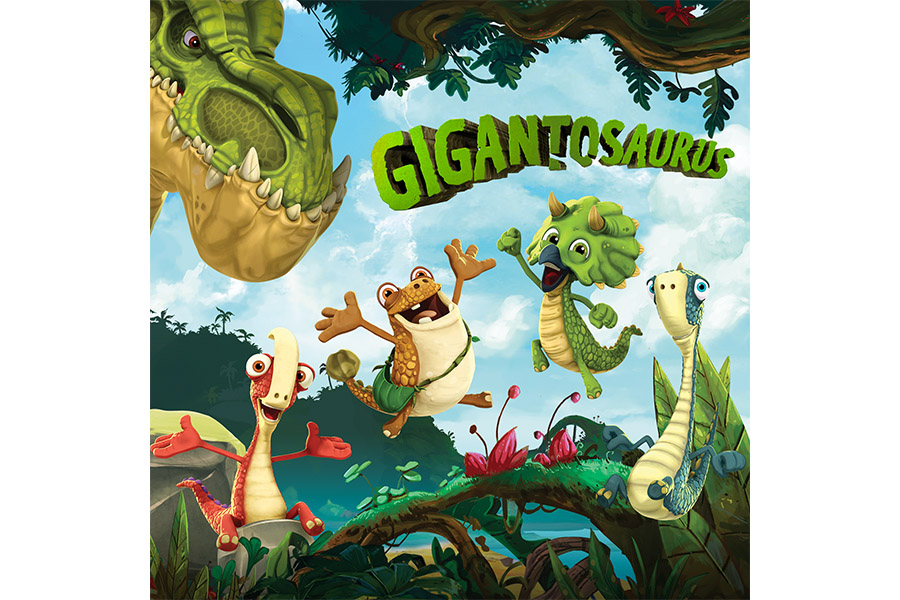 In addition to these great partnerships and to the airing of the series on Tiny POP in 2020, a number of major licensees are already on board. The master toy Jakks Pacific will launch the toy range in 2020. Outright Games has recently revealed the release date of the first video game made for Playstation® 4, Nintendo Switch™, Xbox One and PC digital. “Gigantosaurus: The Game” will be available on March 27th, 2020. Templar will also have 40 new TV tie-in books published over the next 3 years. And many more categories are in discussion for a launch in 2021.

Bruno Danzel d’Aumont, International Licensing & Marketing Vice President at Cyber Group Studios, adds: “bRand-Ward has a strong experience in the Licensing business and brand development. I am highly confident that our partnership and joint effort will bring Gigantosaurus in the top licensing IP in the UK, thanks to the high quality and richness of the content of the series and the network of partners and retail skills that bRand-Ward brings.“

Gigantosaurus, the award-winning CGI comedy-action series which is produced by Cyber Group Studios, has been brings to life Jonny Duddle’s book, published by Templar and sold at 300,000 units in the UK alone. The series features four fiercely-fun dinosaur friends -Rocky, Bill, Mazu and Tiny- who take pre-schoolers on exciting, comedy-filled adventures as they dare to be themselves and explore the world beyond their nests. The hugely-popular CGI-animated program, which is currently airing its 1st season on Disney Junior worldwide has just been commissioned by The Walt Disney Company and France Télévisions for seasons 2 & 3 and by Super RTL for season 2. The first season will also air on Netflix and on major international networks throughout 2020, such as Tiny Pop in the UK, CCTV in China, Rai in Italy, SVT in Sweden, SRC in Canada and many others.

← MDL WITH CHICCO FOR BING THIRTY YEARS OF "MR. BEAN" →