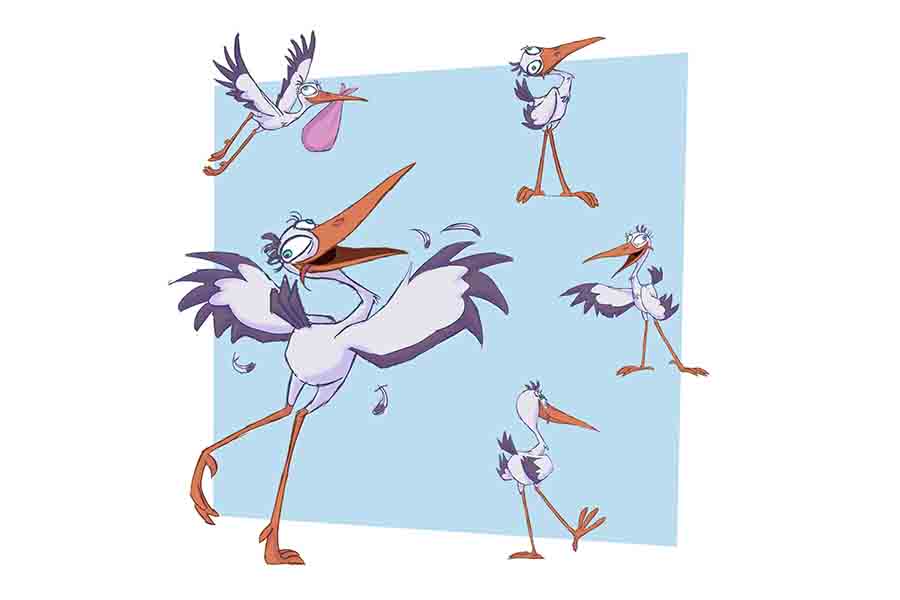 DogHead Animation lands at the cinema thanks to Checco Zalone

A real diamond point in the portfolio of the Florentine startup Doghead Animation, leader in Italy for 2D animation: the animation studio has in fact created storyboards, characters, sets and animations of the video clip “La Cicogna Strabica“, the two and a half minutes to close the new film by Checco Zalone “Tolo Tolo”, in theaters from January 1, 2020.

A great opportunity for the newCo of ForFun Media group that sees the first film collaboration of its already large portfolio in the film that is the record of the season.

“We are really happy and honored by the collaboration with TaoDue and Inlusion FX in Rome – says Giovanna Bo, executive producer of DogHead – who gave us confidence for such an important production, thanks to the quality of our work and our talents”.

“The professional and artistic exchange with Inlusion was constant – explains Alessio Giurintano, art director of DogHead and creator of the animated characters – and working with Luca Medici (nrd. Checco Zalone) was a real pleasure. We had to create an animated world that interacted with the actor, inspired by Mary Poppins: a really high point of reference that allowed us to express ourselves at our best“