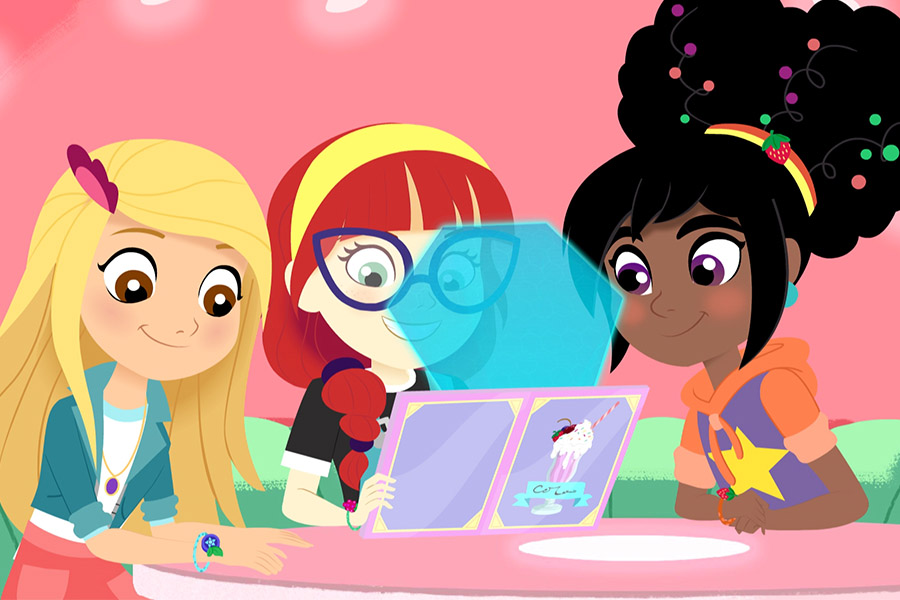 From Monday, December 16 on premiere every day, from Saturday to Thursday, at 18, with two episodes

Who says only adult spies can foil the diabolical plans of unscrupulous criminals? From a success of Italian children’s publishing, debuts on Rai Gulp in premiere on Monday, December 16 at 18, a new exciting animated series of espionage starring three inseparable friends: Bobby, Lola and Juliette, aka the Berry Bees!

Freely taken from the series of books of the same name by Carolina Capria and Mariella Martucci, “Berry Bees”, was conceived and produced by the Italian production company Atlantyca Entertainment – the same as “Geronimo Stilton” and “Bat Pat” – together with the Australian SLR Productions, the Irish Telegael and the Indian Cosmos-Maya, in collaboration with Rai Ragazzi, and will be broadcast every day, from Saturday to Thursday, with two episodes of 12 minutes.

The three girls lead a seemingly normal life, at least when they are not engaged in saving the world on behalf of the B.I.A. (Bees Intelligence Agency), a secret agency that has chosen them for all those missions in which adult agents can not intervene.

Whether it’s protecting the coral reef from a mysterious submarine or finding out who’s stealing the kids’ secrets and publishing them on a popular social network, the Berry Bees are always ready to take action. Each one of them has a great talent: Bobby, an expert in technology and a bit nerdy, Lola, a skilful contortionist and acrobat, and Juliette, an extraordinary actress and mentalist, the Berry Bees form the perfect trio when it comes to infiltrating the den of the criminal on duty, discovering his plan and sending him away before it’s too late. All strictly incognito.

With the support of the curious gadgets that the head of the agency, Miss Berry, gives them in every episode, the Berry Bees always manage to win and show the bad guys that saving the world is not just “a thing for adults”.

← CAKE SIGNS FOR MIGHTY MIKE KEYFRAME STUDIOS WITH BEYOND DISTRIBUTION →