Klay Entertainment has pre-sold season one of its animation series “Rana and Rivs Wonder Forest” into China, Hong Kong and Macau

The 10 x 13’ fantasy adventure series targeted at four to nine year olds has been pre-sold to Cheers Media, Hong Kong for China, Hong Kong & Macau through the ATF matchmaking service.

“Rana and Rivs Wonder Forest” is a series based on Young explorers Rana and Riv, live in Karli, a mountain village that happens to be right next to the Wonder Forest, a secret realm filled with strange tribes, magical creatures and ice cream trees. Rana is a whiz kid who is always inventing crazy technology in his quest to understand what makes the Wonder Forest tick – much to the approval of their mad scientist grandfather, Navin – while Riv is a wild child with an enormous appetite and the ability to speak all animal languages. Together the twins go on adventures with their friends, including Lucky the Dhole, and work together to fix each other’s mistakes. 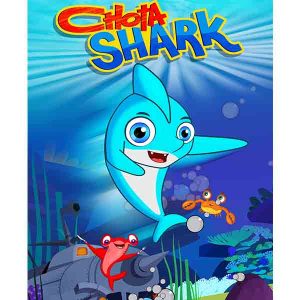 Chota Shark is a 20 x 5’ funny, animated series that takes place at the bottom of the ocean, the home of our characters – Chota Shark and his friend Crabo who tackle various situations created by the evil Hammy and his friend, Robot.