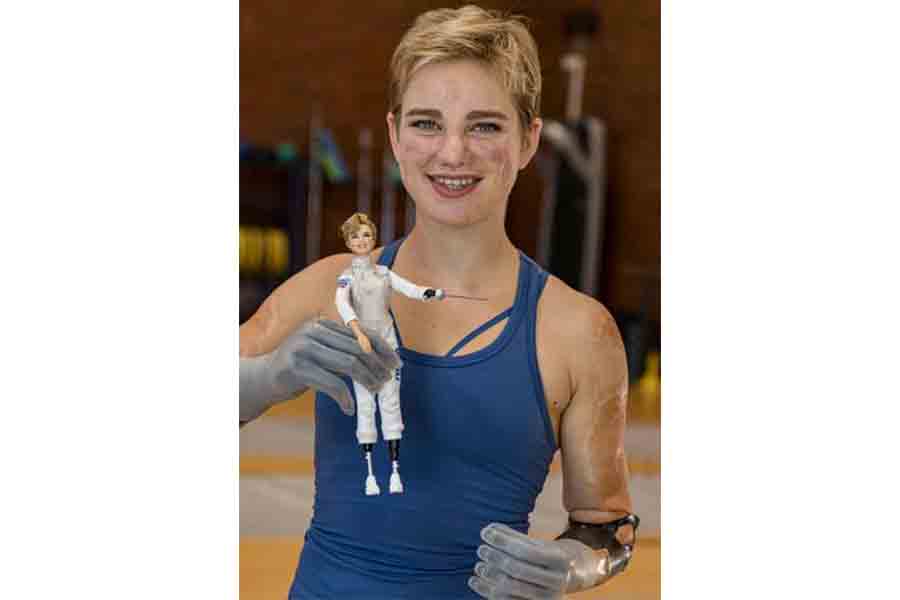 Since March 9th, Mattel has been celebrating the 60th anniversary of Barbie, the world’s most famous fashion doll, which since 1959 has been the brand’s mission to inspire the infinite potential of every child.

As Ruth Handler, Barbie’s creator and co-founder of Mattel says: “What inspired me in creating Barbie was the desire that, through the doll, girls could imagine they were all they wanted to be. Since 1959, in fact, the mission of the brand is to give value to the infinite potential of the girls so that they are aware that they can reach any goal. For its 60th anniversary, with a dedicated research program, Barbie has put the spotlight on the “Dream Gap”: the phenomenon that occurs in girls around the age of 5 and that leads them to lose confidence in their abilities. In fact, in spite of their male peers, around this age the girls stop believing they can undertake some careers. With the aim of increasing awareness and attention to the factors that currently cause this phenomenon, Barbie has launched the campaign #Close DreamGap in order to raise awareness of family, school and society on this issue.

To inspire the change, from 2015 globally and from 2018 in Italy, Barbie has created the “Shero” program, with which it is committed to helping girls believe in their talent and imagine everything they can be in their future, showing young girls around the world positive role models or Shero: women of yesterday and today from different fields and backgrounds who have been able to realize their dreams by breaking the mold. To some of these women is dedicated the highest recognition granted by the brand, a Barbie ONE OF A KIND, a doll in unique copy and with their features, in order to celebrate the role they played in raising awareness of the infinite possibilities available to girls around the world.

On the occasion of its 60th anniversary, the brand decided to celebrate the largest scale of women’s models globally, with the aim of inspiring the future generation of women.

In Italy, the celebrations began in March with star chef Rosanna Marziale, then continued in April with Elisa, singer-songwriter, multi-instrumentalist and music producer, in May with Sandra Savaglio, Astrophysicist and in September with Alberta Ferretti, established designer known throughout the world. At the end of the year of celebrations for the 60th anniversary of Barbie is now the turn of a character who needs no introduction: BEBE VIO.

At the register BEATRICE MARIA ADELAIDE MARZIA VIO, zodiac sign Pisces, Bebe is a great sportswoman, fencer, world and European Paralympic champion in charge of individual foil but above all a great woman and an Italian pride. Passionate about fencing from an early age, at 11 she was struck by a fulminant meningitis that caused her infection, necrosis and subsequent amputation of her forearms and legs. Without arms you can not pull fencing and at that time there are no suitable prostheses, but as Bebe says “if it seems impossible then you can do”. With her energy and determination she manages to deal with re-education and while she discovers that there is fencing in a wheelchair. Her Olympic dream is not broken! His father designed the prosthesis on which to graft the foil and Bebe became the first athlete in the world with a prosthetic arm. The rest is a lot of passion, sacrifice, emotion, work, determination and training until you reach the goal he had in mind since childhood: the gold medal at the Paralympics in Rio de Janeiro. Thanks to sport, Bebe has made it, she has begun to live again and to help other children who are in the same situation, she founded with her parents art4sport, an ONLUS association that helps amputee children to integrate into society through sport.

And it is with Chitra, an 8-year-old athlete who is part of this association, that Bebe will be the protagonist of the new inspirational video of Barbie.

Bebe defines itself as a girl like the others, for us it is much more. She is a “role model”, an example for all future female girls, Bebe is a force of nature, beautiful, strong, a champion in sport but especially in life.

Passion and determination are the watchwords for this great little woman for whom “complaining is useless, just wasting a lot of time” (cit.) and her advice for girls who want to follow her example is very simple but fundamental: “Always smile, even if you don’t want to. When everything seems to go wrong, she tries to laugh about it. Without irony and, especially without self-irony, any difficulty becomes a huge burden to bear. Laughing on it, however, lightens even the most difficult moment.

Visit barbiemedia.com for more information, images and videos of the brand. Follow @barbie and @barbiestyle on social media and join in the celebrations using #Barbie60, #MoreRoleModels, #CloseTheDreamGap and #YouWillbeeverythingYouWant.