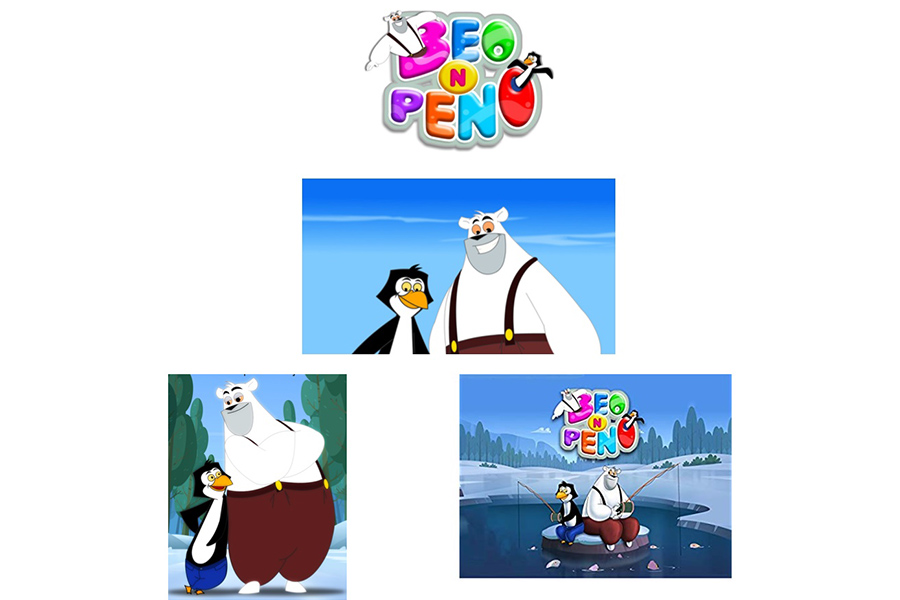 Brands with Influence (BWI) has been appointed by Animantz to represent the licensed merchandise in the UK to their award winning children’s animated series, ‘Beo n Peno’.

Beo n Peno is a fast paced action packed 39 episode x 7 minutes animated series following the trials, tribulations and friendship of the idiosyncratic BEO, the polar bear which lives in the north pole and PENO, the quirky penguin which lives in the south pole. The series is full of slapstick comedy and adventure, for kids aged 4 to 12 years old.

The series has been picked up by Amazon Prime Video which is showing the first 13 episodes of the series as well as being broadcast internationally on the Kedoo multi channel network. In the UK specifically, the series is on their Super Toons TV youtube channel with around 1.5 million subscribers. The series has already built an enviable audience since it was launched in September this year.

Dom Wheeler, Director at BWI commented “I was immediately struck by the quality of the production along with the hilarious adventures of the two protagonists, Beo and Peno. There is definitely a nod towards the memorable Hanna-Barbera series’ of the 1960s and 70s in terms of the slapstick nature of the humour which makes this series so appealing. I see great potential with the licensing opportunities especially where we can successfully translate the personality of the series onto products”.

“I am really excited to have Brands with Influence on board to build the licensing programme in the UK. I’ve been very impressed with their understanding of the brand and their plan to bring the series to life off screen” said Prabakar Thirunavukarasu, Producer, Animantz.