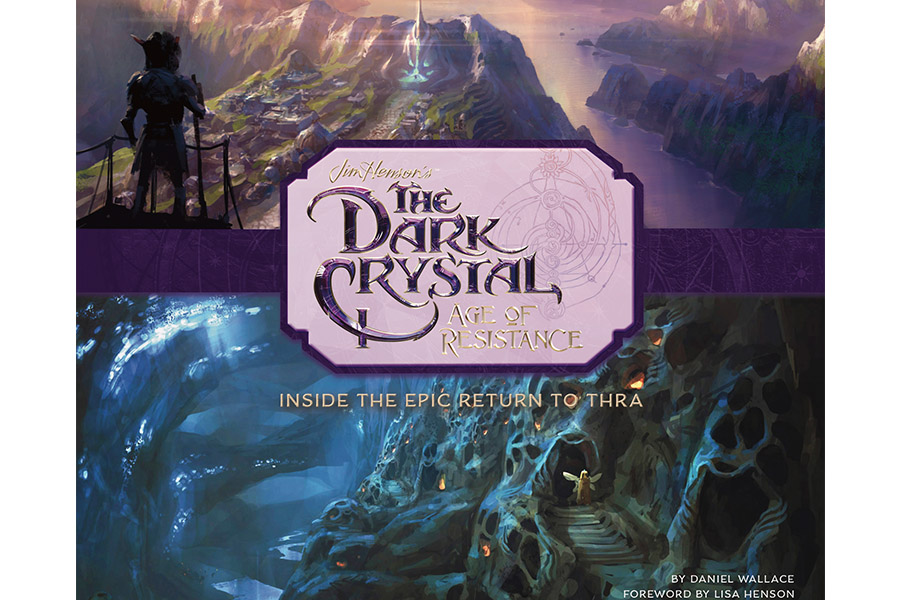 THE DARK CRYSTAL: AGE OF RESISTANCE

A collection of sensational new books and comics expand the world of The Jim Henson Company’s critically-acclaimed series, The Dark Crystal: Age of Resistance, available now for the holiday season

Following the broad critical acclaim for The Jim Henson Company’s ten-episode epic fantasy adventure The Dark Crystal: Age of Resistance, which debuted this fall on Netflix, fans can become further immersed in the lore, legends, heroes and villains of the expansive world of Thra with a diverse range of newly released books and comics available now, in time for the gift-giving season!

Several new titles from Penguin Random House and Insight Editions are available at book retailers across the U.S., offering something for everyone—from new fans looking to learn more about their favorite characters from the series, to longtime fans wanting to delve further into the rich canon of this pop culture phenomenon, to anyone eager to discover the behind-the-scenes magic that brought the many creatures of Thra to life.

From Penguin Random House are three books by J.M. Lee, a staff writer on The Dark Crystal, Age of Resistance. Lee, who holds a degree in linguistics, also created the Podling language featured in the Netflix show.  He is the author of a four-book prequel series that ties directly into the plot and setting for the Netflix series, as well as several other Dark Crystal tie-ins. The novels came about after Lee won a writing contest co-hosted by Penguin and The Jim Henson Company—The Dark Crystal Author Quest. New titles from Lee this season include:

And for comic book fans, from Boom! Studios: